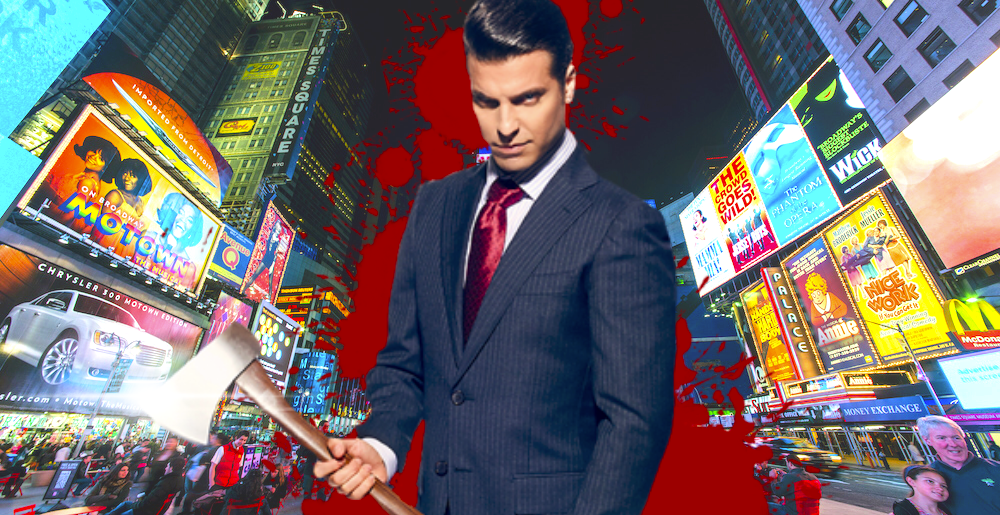 If one album really surprised me in 2021, it was Ice Nine Kills’ The Silver Scream 2: Welcome to Horrorwood. While the band’s scene-leaning metalcore has never been my thing, I love the shit out of horror movies and Halloween, and was surprised to find how excellent a job they did of capturing the power of the flicks they profiled in their songs. This was especially true of Spencer Charnas’ lyrics, vocal rhythms, and song titles, which went the extra distance in distilling horror movies’ core concepts. Why, I wondered, did this work so well? Why, after years of avoiding every metalcore band with emo vocals singing about sympathetic monsters, did I like this band so much?

And then it hit me: these aren’t metal songs, they’re metal showtunes. Charnas has written the original cast recording to a horror musical, telling stories with his lyrics that touch on feelings we all understand. This dude needs to be working on Broadway, if only to bring a much-needed dose of mania to modern musical theater.

Welcome to Horrorwood wasn’t the first time I was impressed by Ice Nine Kills, and Charnas’ lyrics specifically. That started with “The American Nightmare,” the opening track off of 2018’s first Silver Scream. Not only did Charnas nail the immortal icon of Freddy Krueger, but he also solidly referenced the figure’s cinematic impact as the defining villain of the 1980s with lyrics about “slashing my way through the golden age of the Silver Scream.” Meanwhile, the eerie tone in his pre-chorus of “When ni-ght co-mes cree-ping…” makes one think of razor claws slicing through bedsheets. The rest of the album wasn’t my thing, but man, that one got me.

The same happened with the opening track of Welcome to Horrorwood. This wasn’t just a tribute to monster movies, like, say, Murderdolls’ “Dead In Hollywood” or Gama Bomb’s “We Respect You.” Instead, the track lauds the craft behind these films. The refrain’s lines of “Are you misunderstood? Are you more bad than good?” are the two questions every screenwriter has to ask about their monster before depicting them. Charnas isn’t just writing, he’s thinking, and really doing the introspective work to honor the art that makes him feel less alone.

The unorthodox song titles on Welcome to Horrorwood definitely drive this point home. When you call a song “The Shower Scene,” the listener instantly knows what it’s about. Meanwhile, hiding a track about Cabin Fever behind a title like “A Rash Decision,” or concealing an anthem to Resident Evil with “A Rainy Day,” displays a tongue-in-cheek recognition of the parts of these movies that we know without always knowing it. Horror references in metal often feel surface-level, but this band’s love goes intestine-deep.

The gem of the record is “Ex-Mørtis,” a song about Sam Raimi’s Evil Dead movies. Several bands have written beautifully brutal anthems to the films’ truly frightening elements – Deicide, Death, and especially The Black Dahlia Murder – but Charnas and Co. embrace both their darkness and their cartoonish humor. A lyric like “A cold wind blows as the angel’s cry” gets at the backwoods terror of Evil Dead, but when sung to a jaunty swingin’ rhythm it also captures the hilarity of Evil Dead II and Army of Darkness. It’s as perfect a showtune as any on the album; you can practically see a chorus of undead Rockettes kicking grey, rotten legs in unison while Ash cackles wide-eyed in the middle of them.

I can hear some of you snickering in the back. Yeah, Spencer WOULD write showtunes, because those are…what? Uncool? For gay guys, little girls, and theater kids? Yeah, I don’t think Lin-Manuel Miranda can hear those shitty takes over everyone on the goddamn planet humming his latest chart-topper. And truth be told, showtunes are what metal songs often strive to be – evocative, theatrical, infectious, impossible to ignore, an encapsulation of a mood. If one of metal’s own has the talent needed to take over Broadway with tracks about masked murder and zombie nightmares, then why shouldn’t they? Musical Theater may be Metal’s twinkly-eyed uncle, but he still makes legions of onlookers gasp every night. And he drives a badass car, because there’s money in them hills.

Plenty of bands out there play metalcore, and lots of bands play horror metal, but few have secured a legion of fans’ imaginations like Ice Nine Kills. So much of that is Charnas’ songwriting and lyrical skills, and even more so his love and dedication to the stories that shaped him. Because of that, he has an opportunity to branch out into a genre that could use a little honest darkness and depravity. All that matters is that there’s blood upon the stage.