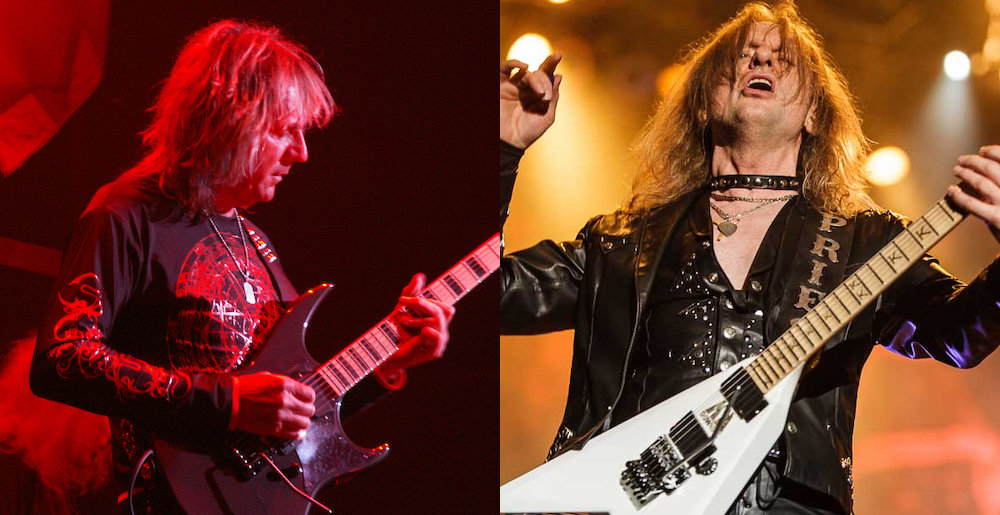 Judas Priest’s Glenn Tipton Finally Responds to K. K. Downing: “He Left The Band. We Couldn’t Convince Him to Stay.”

For those of you who aren’t huge Judas Priest fans or have had anything else to do, former Priest guitarist K. K. Downing has spent the past couple of years trashing his former bandmates, claiming he was greatly wronged by them and starting his own sad version of the band called K. K.’s Priest. But now, in a new interview, Priest guitarist Glenn Tipton has spoken about Downing’s constant badgering, and has made it clear that he thinks his former bandmate is full of shit.

In a new interview with Guitar World, Tipton decided it was finally time for him to address the longwinded, loudmouthed elephant in the room, saying the following:

“I never wanted to get into a public argument after K.K. left. I never said a word and I stuck to my guns for over 10 years, but there comes a point when you read things that have been said that are just crazy. It’s time to say something, really because he’s saying things that he really shouldn’t be saying. They aren’t fair.

“He’s insinuated that he was the driving force of the band. It just isn’t true. Priest [is] made up of five guys working together. [There’s] not just one person driving the band. He’s said all these things that, I think, are meant to upset us and get us to say something in response and for a long time we didn’t. But I’ve got a lot to say and enough’s enough.”

Glenn also confronted K. K.’s claims that his drinking affected the band’s morale and their performances:

“Everyone knows it’s not true. Like I said, the fans aren’t stupid and they’ve seen me for 50 years playing around the world. I may have had a couple of beers onstage, but that’s all. It’s never affected the concert or my performance whatsoever and he knows that.”

Perhaps most damning is that he goes after Downing’s playing and fundamentally disagrees with his story of how he parted ways with the band.

“It’s just that his accusations have gotten sillier and sillier – and I deserve to respond. He left the band. We couldn’t convince him to stay. And then he accused me of taking six years off to write two solo albums. I only did the solo albums because we were inactive at the time while Rob was doing his solo things…”

So on the one hand, Downing was one of Judas Priest’s driving forces since the beginning, no question. On the other, his nonstop commentary and grousing about the band in recent memory has solidly convinced us that he was the problem in this split. It seems like K. K. is a complicated, frustrating, and self-obsessed dude to work with, and no matter what exactly happened, we can understand Priest’s desire to not work with him moving forward.

Fans can catch Judas Priest with Queensryche at one of their currently-scheduled reunion dates below: