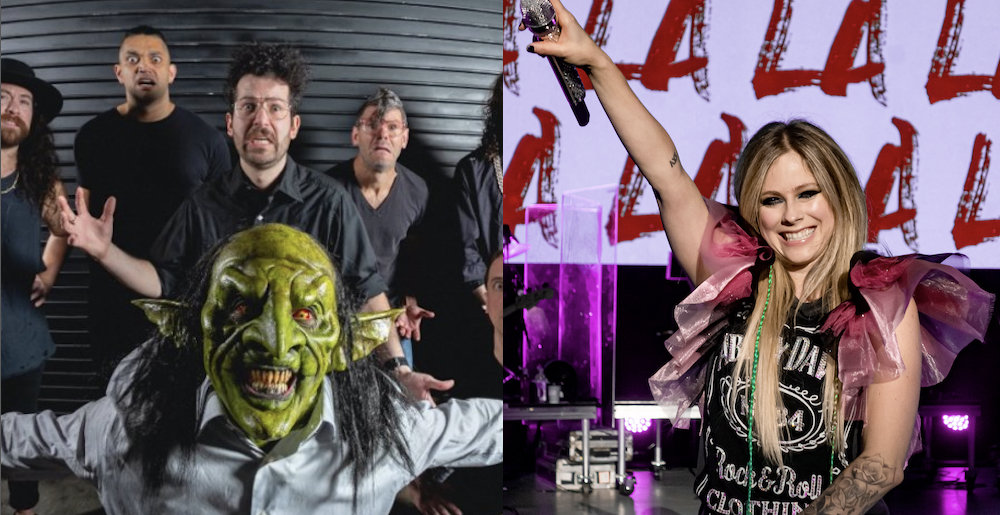 For those of you who’re unaware, Nekrogoblikon are a heavy metal band led by TV show host, author, and literal goblin John Goblikon. The band have slowly built up a massive following due to their irreverent love of anthemic songs, hilarious music videos, and goblin-themed subject matters. But it appears that goblins just ain’t paying the bills, as guitarist Joe Daniel Nelson has picked up a side gig — as the guitarist for pop sensation and alleged punk blasphemer Avril Lavigne.

Joe has posted a couple of pictures of him chilling with Avril, whose current band also includes blink-182 drummer Travis Barker and blackbear, who we’re told by Wikipedia is one of these jack-of-all-trades producer-musician-singer types. Hey, we’re metalheads, what do we know.

Anyway, Joe joined Avril on Jimmy Kimmel Live! last night to much hoopla. You can check out video of the whole thing below, followed by the tracklisting and cover art for Nekrogoblikon’s new album The Fundamental Slimes and Humours, which comes out April 1st and is available for preorder.

Sponsored Links from Across the Internet
Show Comments
Related Articles
New Stuff 0
Set to Join Gwar on Tour This Weekend, Nekrogoblikon Released a Video for “Bones”
September 9th, 2022 at 11:19am Hesher Keenan

There’s nothing short about the badass.

Featuring The Hellacopters, Nekrogoblikon, and more!

This is a lineup you get alcohol poisoning to.