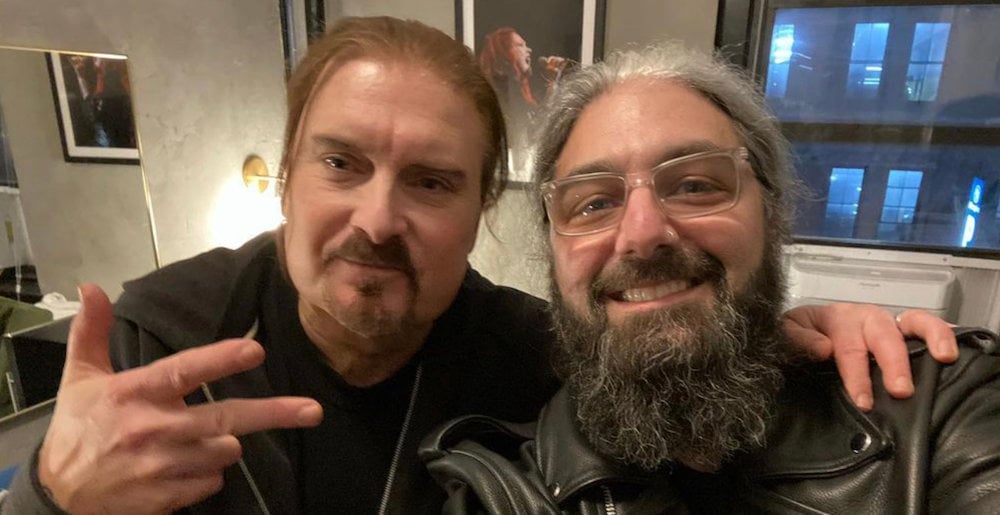 Mike Portnoy Saw Dream Theater for the First Time, Got an Onstage Shout-Out From James LaBrie

A big part of growing up is getting over the petty shit and respecting people even if you don’t like them. It’s easy to stay mad and keep beef alive, but nine times out of ten, when you’re confronted with someone you’re pissed at, you find that things aren’t nearly as bad as you thought they were. Case in point, Mike Portnoy attended his first Dream Theater show as a guest in New York City this weekend, and even got a shout-out from vocalist James LaBrie.

As Metal Injection points out, Portnoy has had his differences with LaBrie in the past (he called the dude “annoying,” which feels benign but is pretty brutal). But LaBrie calls him out at the show and incites a massive round of applause for the guy (while lightly talking smack about his Hawaiian shirt, we think?).

Not only that, but they all hung out together. According to a post on Mike’s Instagram of him and the band hanging out backstage, the show was his first Dream Theater concert ever attended as a guest.

“After 36 years, I finally got to see my 1st DT show last night! It was a wonderful evening and it was such a pleasure to spend time with my old friends again

PS – Of course I spent time w John Myung as well…(in fact, we went to the show with his family), we just didn’t snap a pic…X

Check out the video below, and catch Dream Theater at one of their remaining dates: