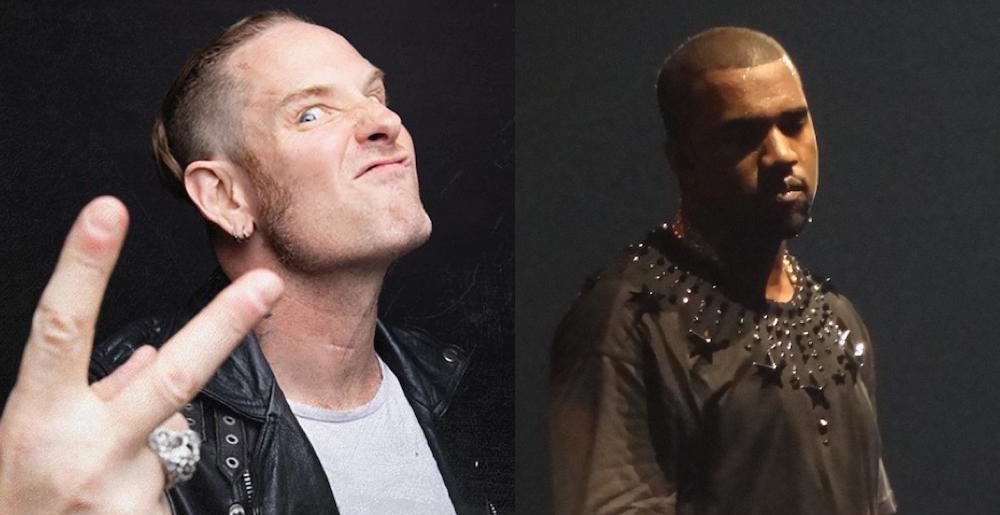 At this point, it’s generally assumed by the music-listening public that rapper Kanye West is, clinically speaking, an unhinged dumbass. Between publicly harassing his wife, hiring Marilyn Manson only after the shock rocker was publicly accused of abusing several women, and now releasing his new album for $200 via a handheld ‘Stem Player,’ Kanye has really let the world know that he has enough money to be as crazy as he wants, all the time. But the latter of these has apparently roused the ire of Corey Taylor himself, as the Slipknot frontman recently vented his grievances about the price of Kanye’s new album Donda 2.

As reported by The Pit, Corey recently did an interview with Metro in which he was asked about Donda 2, which apparently can only be accessed via a handheld Stem Player, which everyone is having a hard time explaining but which old folks who had tech-savvy friends in 2001 know is just a really high-tech handheld mp3 player (remember them shits, back in the early days? Looked like carrying a Window ’98 RealPlayer app in your hand).

“You’re assuming that the audience has the access and same technology that you have but you’re a fucking moron for doing that. Are you serious? It doesn’t work that way. The thinking that that’s a smart thing to do just shows you how convoluted and off the fucking property Kanye West really is.

“When you’ve got that much money and that much people around you telling you exactly what you want to hear, your concept of reality just goes right out the fucking window.

“It’s just so pompous and ridiculous. If we [Slipknot] did that, we would be fucking demonized but I guarantee people are looking at him like he’s a genius, and it’s like for fuck’s sake, pull your head out of your ass, put it on CDs and just fucking give it to people. If you want to do that, put it together in a way that people can actually listen to it. It’s such fucking horseshit.”

Obviously, there are two sides to this. On the one hand, Kanye can do whatever he wants, so…yeah, just let him do it. If you’re either stupid enough or a big enough fan to buy his high-tech Tylenol in order to listen to this album, more power to you we guess. It’s not hurting anyone, really.

On the other, though, we agree with Corey: this definitely feels like a Dethklok-level declaration that Kanye doesn’t give a fuck about his fans. If you have the money to do this, why not just release it for free? This is an oddity, not a revolution — Kanye’s not starting a wave, he’s just showing the lengths to which he can go.

News 0
Slipknot’s Jim Root “Didn’t Have A Ton of Creative Input” and Feels Unsure About The End, So Far
September 27th, 2022 at 12:20pm Hesher Keenan

Metal Sucks Greatest Hits
0 -
Website Photoshops Dogs in Place of Bass Guitars Because Why Not?
0 -
David Lee Roth on Van Halen Brothers: “We Have Always Hated Each Other”
0 -
50 Things You Never Knew About George “Corpsegrinder” Fisher’s Neck
0 -
Twenty Photos of Mitch Lucker’s Last Days, Taken From His Instagram Account
0 -
Anthrax’s Frank Bello is Really Excited to Be Here, Not at All Concerned About Swallowing Bugs
0 -
Chad Kroeger and Avril Lavigne Finally Wrote a Song So Awful that the Internet Has Collectively Rejected It