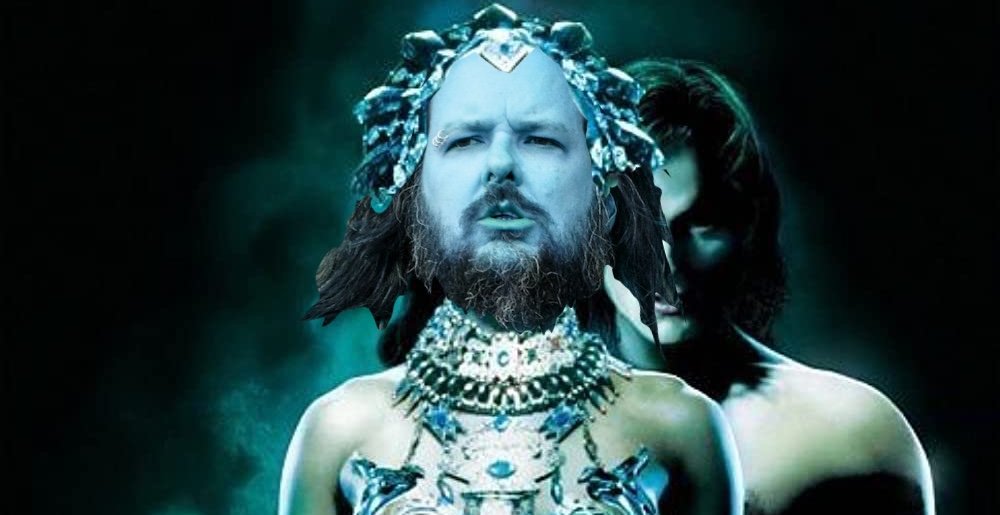 Something the poor, unsuspecting MetalSucks readership is about to find out is just how much I fucking love vampires (as if you didn’t already know). While I find ruffly sleeves and Alchemy Gothic jewelry to be wack as hell, I worship some classic Dracula, and the idea of being a nocturnal satanic noble draining unsuspecting victims of their blood has always appealed to me. So I have to admit that I’m a little envious of Korn frontman Jonathan Davis, who got to write the score to the 2002 film adaptation of Anne Rice’s Queen of the Damned — and in the process ‘become’ a 400-year-old-vampire.

Here’s what Davis said to Metal Hammer regarding his process for the movie:

“I had to become Lestat. I read the books and wrote lyrics about being a fucking 400-year-old vampire, and it was so fucking fun.”

The part we forgot about, which Davis discusses in the interview, is that while his label allowed his voice to be featured in the movie, they wouldn’t let it be featured on the soundtrack, leading other vocalists — Disturbed’s David Draiman, Linkin Park’s Chester Bennington — to re-record them for the album.

“Oh, that fucking pissed me off! I was so fucking mad, like, ‘Are you kidding me? You know how hard I worked on this, right?’

Honestly? We would’ve been furious too.

Catch Jonathan Davis playing as quickly as he can before returning to a box full of the dirt of his homeland (so, Bakersfield?) at one of Korn’s upcoming dates with Chevelle and Code Orange: