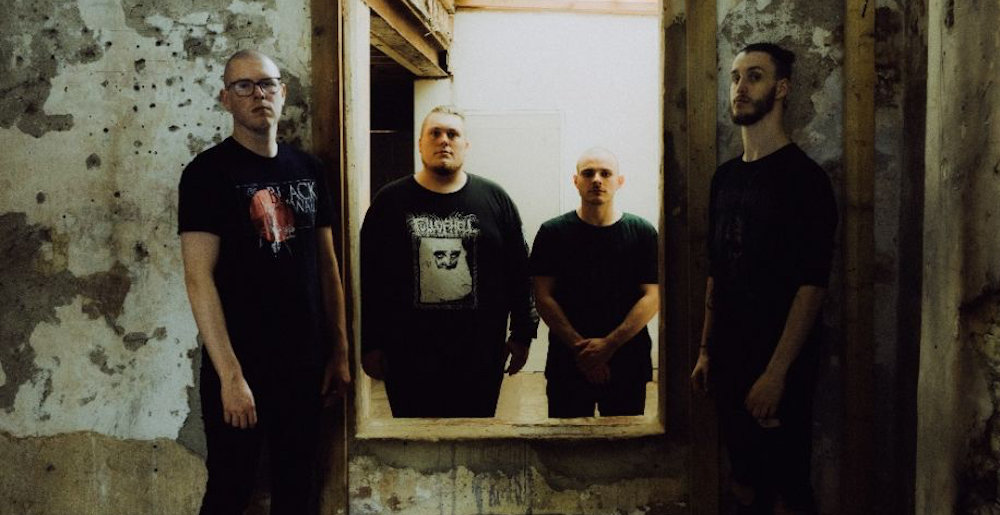 We’re big fans of the UK’s Conjurer, whose 2018 album Mire struck a gruesome chord with fans around the world (and whose live shows, for the record, are the stuff of awesome nightmares). So we’re stoked to announce that the band have a new album on the way, and have dropped the first single to boot.

Conjurer’s latest will be called Páthos, and comes out July 1st via Nuclear Blast. The first track from the album, “It Dwells,” shows off their patented mixture of thousand-ton drops and moments of beautiful introspection, the way sludge bands like Rwake and Kylesa did it once upon a time.

“Excited to finally be able to share the album with everyone! I’m sure this is the same for every band trying to release an album during the pandemic but it feels like we’ve been holding on to it for so long, so it’s nice for it to not be my problem any more and to be able to actually talk about it!”

But just as cool as the track is the video for “It Dwells,” which features the band as shadows slowly spreading their misery and entropy around, specifically to one everyday dude just trying to make it in life. The concept behind this video shows off exactly what Conjurer do so well; it’s as though director David Gregory really understands what’s so powerful about this music, and decided to show us the unspoken images we see in our heads when listening to Conjurer, which is a rare and awesome talent to have.

“I think ‘It Dwells’ is a good introduction to the sound of the record, from the musical influences to the lyrics and how we’ve drawn from what’s been going on in our lives, it’s one of our most personal outings for sure. It’s nice to have been able to step up our game with the music videos for this album as well. Good album. Top track. Boss man.”

Check out the video below, followed by the album art and tracklisting. Conjurer’s Páthos comes out July 1st from Nuclear Blast and is available for preorder.

The UK sludge crew are back with a vengence.

Metal Sucks Greatest Hits
0 -
Metallica’s St. Anger Was Released Ten Years Ago Today
0 -
The formula 4 good music: Generic, but with a gimmick (*please read*)
0 -
Listen to Metallica’s “Nothing Else Matters” in a Major Scale
0 -
Heavy Metal Drinking Games
0 -
BREAKING: Slipknot Guitarist Mick Thomson Stabbed in the Head by Brother
1510 -
The Top 15 Reasons that Metallica are the Yankees of Metal