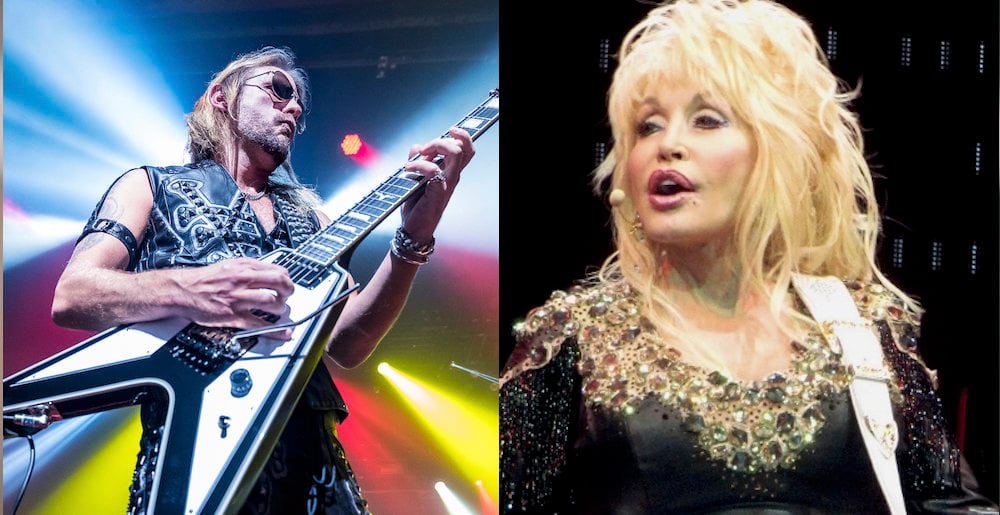 Judas Priest’s Richie Faulkner On Dolly Parton’s Hall of Fame Bow-Out: “It Was a Classy Move”

Yesterday, Twisted Sister frontman Dee Snider weighed in on Dolly Parton‘s decision to step down from this year’s Rock and Roll Hall of Fame ballot under the pretense that she doesn’t make rock music. Dee hailed Dolly as admirable for making extra room for NWOBHM heavyweights Judas Priest to land a spot in the Hall. Now, Priest’s own Richie Faulkner has commented that he thinks Parton’s move was a classy one, and that it raises important questions about who exactly belongs in the Rock and Roll Hall of Fame.

Speaking to ‘Rock of Nations With Dave Kinchen,’ Faulkner was asked about Ms. Parton’s choice, and said the following (as transcribed by Blabbermouth):

You want our two cents? Trick question, welcome to MetalSucks: while we’re grateful that Dolly stepped back and allowed Judas Priest another accolade, we think placement in the Rock and Roll Hall of Fame is unnecessary,. If you’re the kind of band who’s able to be nominated — the rules are that each nominee’s first single or album had to have been released in 1996 or earlier — then you’ve probably already accomplished so much that you really don’t need a big ceremony from a Cleveland-based organization.

Apparently, Richie thinks this too, as he added:

“I’ve said this before, but I think the greatest accolade any band can have… You’ve toured the world for 50 years, you’ve put out music for 50 years, you’ve got a loyal fanbase for 50 years. No one’s more grateful that these guys in this band, and I know that. They’re still putting out music, they’re still making music, they’re still touring the world. And I’m repeating myself here, and I apologize, but I think that’s more of an accolade than a trophy on a shelf; I really do. I think that’s worth much more than getting in the Rock And Roll Hall Of Fame. That’s just my opinion. And I know the [rest of the] band don’t share that opinion; that’s just my opinion. It’s a loyal fanbase for 50 years. What more can you ask for?”

Right the fuck on.