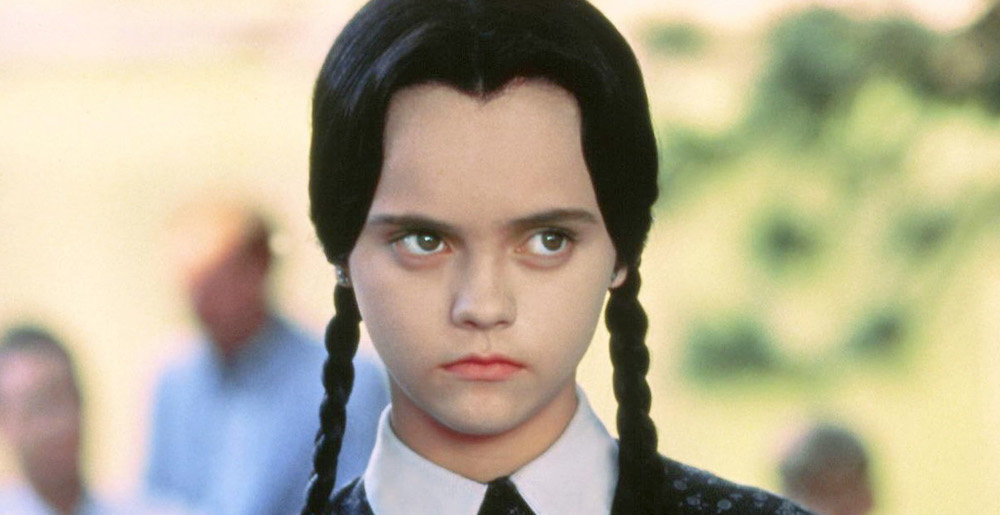 If you were a death-obsessed kid in the ’90s (like me!), you loved the Barry Sonnenfeld Addams Family movies. And if you saw 1993’s Addams Family Values, you probably had a crush on Christina Ricci’s Wednesday Addams. There’s something about her big-eyed, deadpan murderousness that brings a swoon to all of us who live and die in black. So it’s cool to learn that Ricci has apparently joined Tim Burton’s upcoming live-action TV series Wednesday, which will tell the story of Wednesday Addams’ teenage years.

For the record: no, Ricci isn’t playing Wednesday or Morticia Addams, who are being portrayed by Jenna Ortega and Catherine Zeta Jones respectively. In fact, according to Deadline, who broke the news, say that Ricci is playing a new character, whose details are being kept strictly under wraps.

Netflix themselves tweeted a confirmation:

Apparently, Wednesday will be a “spooky coming-of-age story” that will involve…

“a sleuthing, supernaturally infused mystery charting Wednesday Addams’ years as a student at Nevermore Academy…Wednesday’s attempts to master her emerging psychic ability, thwart a monstrous killing spree that has terrorized the local town, and solve the supernatural mystery that embroiled her parents 25 years ago — all while navigating her new and very tangled relationships.”

Alfred Gough and Miles Millar, known for their work on Smallville, will be writing and showrunning, while goth savant Tim Burton will obviously be directing.

How is this metal? I hear some of you yell from the front seats of your sedans, angrily clutching your phones, furious this post isn’t literally about riffs. Well, goth culture and metal culture are deeply intertwined, and metal’s love of death and murder is definitely channeled by Wednesday Addams as a character. How many metalheads do you know who rock a Wednesday Addams shirt or tote bag or whatever the fuck? A lot, right? So yeah, deep breath, graham crackers and juice.

More on Wednesday as we know it, but yo, Christina Ricci — swoon, dude.

Sponsored Links from Across the Internet
Show Comments
Related Articles
Munsters Mash 0
Rob Zombie’s The Munsters Will Go Head to Head With Tim Burton’s Wednesday On Netflix This Fall
July 19th, 2022 at 9:30am Emperor Rhombus

Gonna be a fun Halloween.