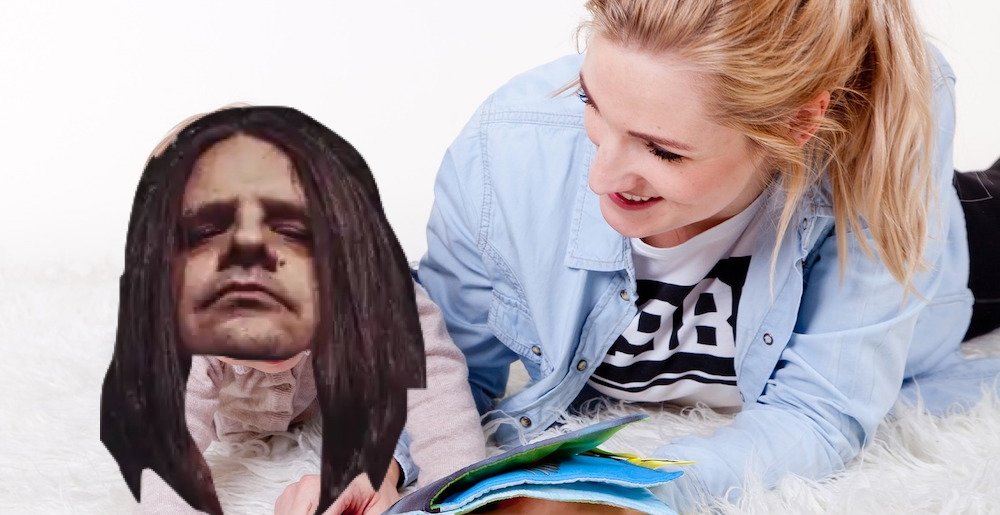 Corpsegrinder is a name synonymous with death metal. He is one of the most iconic and influential death metal frontmen ever and living proof that sometimes metal is more World of Warcraft and claw games than murder and mayhem. Well, sometimes at least. Maybe his mom (and literally every mom in the Midwest) would have preferred that at first.

In an interview with Chaoszine, Corpsegrinder talked about his early career and learning how to do vocals, including some of the mistakes he made. He also talked about how his parents reacted to his practicing vocals:

“My mother used to say, ‘I hear you screaming like a maniac up there. What are you doing?’ ‘Just listening to music Mom.’ At first, when I started doing it, I don’t think that I was as intent on being in a band. Because you’re talking probably ’85, ’86, I’m up in my room just every day. That’s all I was doing, [I] was screaming.

“My friends would come come visit me at the house and be like, ‘Hey, man, we’re going to the mall or something, whatever.’ ‘Alright, cool. Let me finish this song, please help me put the needle back on the record.’ You know, my friends just be sitting there watching me. And I didn’t care. I’m just like, ‘Damn right you’re watching me.’ And then eventually by the time Corpsegrinder started, that was like 1988… And by that time, I 100% was ‘I’m not stopping until I’m in a band, ’till I’m on stage and people chanting my goddamn name, that’s what I’m going to do.’ This is what I want. I want to be in a band, I don’t want to do anything else.

“I want to be where Slayer is at, I want to be where Kreator is at, nothing’s getting in my way. And my mother, my father, they never tried to sway me from doing that. Matter of fact in the summers… When I after I was 18, I worked with my father a lot. He did construction and whatnot. So I would work with him but as soon as I come home, as soon as I could, I get on the mic, so to speak. I didn’t have a microphone until I bought one when I was in Corpsegrinder. I was in the band for a while before I went to a store and purchased my own mic.

“Somewhere in this house, I have the receipt for it still. I can tell you this, the first tour that I ever did with Cannibal Corpse was in Europe. Immolation was there, we were sharing a bus with Immolation. And I remember, I was just an idiot. Monstrosity, we had done…We had done about 14 shows maybe in Europe, with Pestilence, and German band Torture. And this is like 1993 I think. And you know, we were opening so we weren’t playing that many songs. So my voice was fine. And of course, I was 23 years old. I was, I guess way more durable, if you will. But when I got in Cannibal, I remember just every night I’d be downstairs in the bottom of the double-decker bus there could, the bottom lounge and they call it the black metal lounge because I would be in there. I’d be down there screaming like having supper. And I was just like, after the show’s over, I’m in the lounge singing other music. And I remember Ross from Immolation… I couldn’t really talk my voice was was gone.

“But he sounded perfect every night. It’s like, somehow you get on and you push through it. So I learned – you can’t be playing 18 songs. We were probably playing more back then we were probably playing 20, 22 Songs a night something like that. You can’t do that for an hour and a half and then get on the bus and start screaming black metal songs or singing heavy metal songs or whatever you’re trying to do, and then expect your voice to go back to normal so that you can play the next night. So I learned.

“And trust me, there’s some times even to this day where I’m on the bus and where shows over and me and our sound guy Johnny and our tech Chris, where we’re sitting there, we got an old school country music playlist that we listen to relax, have some whiskey and some, some beers. And every once in a while George thinks he can sing like Hank III, you know, or David Allan Coe, Waylon Jennings, or whatever. George feels like he can do that. And then he started singing it. But I never go overboard like I did on that first tour with Immolation.

“You just can’t be out doing this stuff. You got to let your voice relax. You got to just sit and relax in the bus, listen to music, air drum. Don’t sing. Save your voice. And then it just became stronger and stronger after more and more shows and practice and all that stuff.”

This dude is overdue to write a How to Be A Metal Vocalist bible, but at the same time, his own bible was just listening to the music. and practicing. You hear that, aspiring vocalists? GET IN THAT ROOM RIGHT NOW AND PRACTICE VOCALS OR YOU ARE GROUNDED, MISTER.

You can listen to the full interview below.

Metal Sucks Greatest Hits
0 -
Oderus Urungus from GWAR Reads Goodnight Moon
750 -
Anthrax vs. Axl vs. Anso: The Worship Music Double Review
560 -
The Austerity Program’s Justin Foley Wonders: Is It Okay to Listen to Music Made by People Who You Think Are Bad Folks?
0 -
Footnotes: A Handy Catalog of Every Song from Which Avenged Sevenfold’s Hail to the King “Borrows”
0 -
David Lee Roth on Van Halen Brothers: “We Have Always Hated Each Other”
0 -
Deicide’s Glen Benton Sells Out, Tells Fans to Stop Moshing So Violently