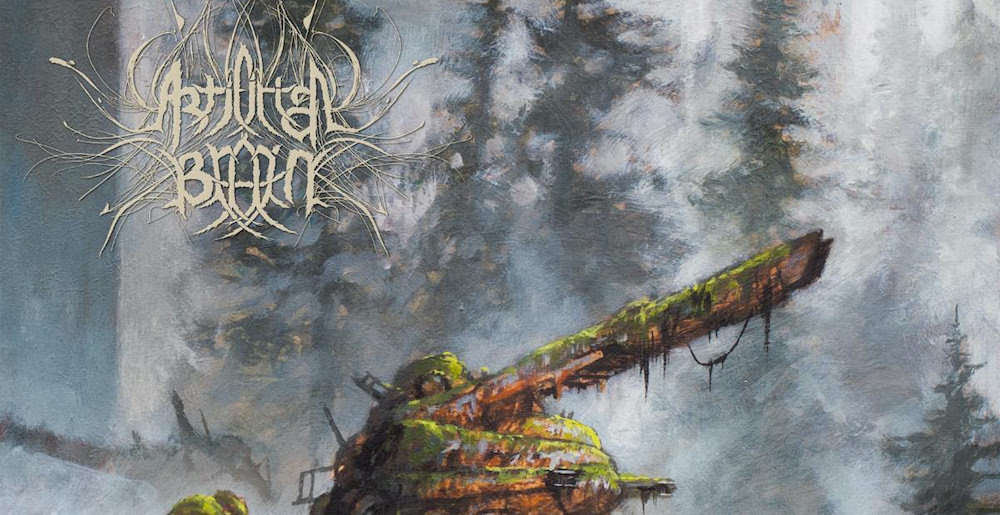 Have you ever had a pilonidal cyst? Show of hands? Man, it is fucking ROUGH. Basically, an ingrown hair at the top of your asscrack turns into kind of a deep well, which in turn gets a bunch of sweat and dirt and other hair in it, and that eventually becomes a huge, painful pocket of pus and dirt inside the top of your ass. If you catch it early, you can get it drained, but if it’s allowed to fester, it can turn into a really deep cyst, or even a fistula (cool band!), which requires significant surgery and skin grafts and all that unthinkable shit. I bring this up because New York death metallers Artificial Brain have just announced a new album, and its first single is called “Celestial Cyst,” and take it from someone who’s been there, this is the soundtrack to a pilonidal cyst being drained.

Artificial Brain’s self-titled album will drop June 3rd via Profound Lore Records, and is available for preorder. The record will feature performances from Mike Browning (Nocturnus A.D.) and Luc Lemay (Gorguts), as well as long time collaborators Paulo Paguntalan (Miasmatic Necrosis) and Colin Marston (Krallice). You can find full details below, including a tracklisting and cover art.

As for the single, it’s got more wonky, discordant pus than any cyst you could drain. The track definitely brings the band’s necessarily hostile, grinding death metal, but that sound definitely hangs in a web of experimentation and aggressive weirdness. It’s definitely the kind of song the band’s fans have come to expect, so they should get ready for an especially excellent new release.

Check out “Celestial Cyst” below, followed by the record’s tracklisting and cover art.

He’s teaming up with guitarist Dan Gargiulo of Artificial Brain (and ex-Revocation).

Sam Smith and his partner have lost all of their belongings and a place to live.

Events 0
Pig Destroyer to Give Brooklyn Fans the Best Fucking Weekend of Their Lives
August 15th, 2019 at 1:12pm MetalSucks