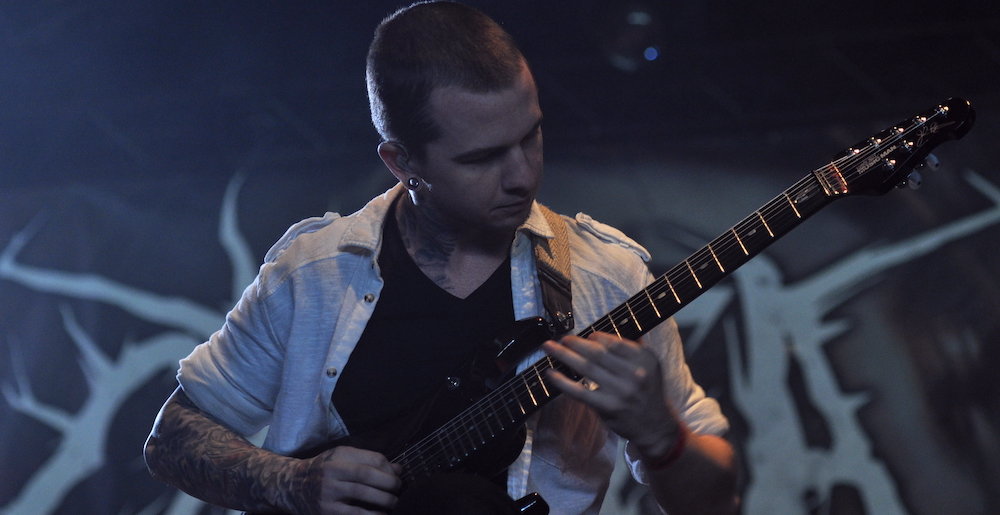 Photo by Achim Raschka, via Wikipedia.

Ten years ago, guitarist Jason Richardson was fired from metalcore act Born of Osiris, because apparently they liked to party a ton, and he was vocally not into that. At the time, Jason was not too happy about how things went down. But now, in a new interview, he reveals that getting booted from the band might have been a blessing in disguise.

Speaking to the Don’t Shit On The Bus podcast, Richardson, now a member of All That Remains, was asked about his departure from the band. The reasons were the same as always — he got fired for complaining about their nonstop partying — but his outlook is very different today then it was a decade ago.

Here’s what Jason said, as transcribed by Ultimate Guitar:

“The reason I ended up getting kicked out is because I would complain about all the partying and shit like that. But we won’t go into too many details. But that’s pretty much what happened. I wasn’t into that stuff. I was vocal about my opinion of it, and I got sick of it. So they kicked me out. And then I joined Chelsea Grin as less than like, 24 hours after that.

“It was one of those things where, at first, you could kind of shrug it off for a while. Because it’s like, ‘Yeah, whatever, hopefully it gets better.’ But then it just doesn’t. And then just crazier shit starts happening. And then eventually, I started alienating myself, almost a little bit. I remember on the last tour, I think one of the only things I really did other than playing the shows and traveling in the van, I would just hide myself in my laptop playing Skyrim for the most part, honestly. It was a while ago now, a decade or 11 years ago now. That last tour, I was literally just pretty much only playing Skyrim away from everyone for the most part besides the shows and stuff. And then that was it. They’re just like, ‘Alright, we’re over it.’ And I was like, ‘Damn, that sucks.’ But in hindsight, it was probably one of the best things that ever happened to me career-wise.”

Good for Jason! Lots of musicians spend their whole lives bitter at their former bandmates, but we’re glad he can see the bright side here and understand that everything works out in the end.

The guitarist’s new album, ‘In the Light of Knowledge,’ arrives in January.