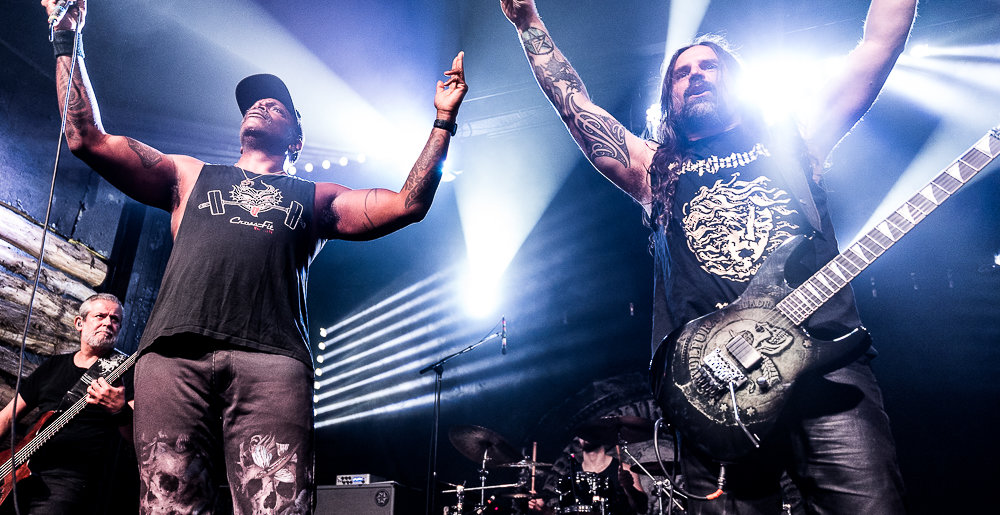 Late last month, Austin, Texas, was host to a crushing stop on Sepultura‘s tour with Crowbar, Sacred Reich, and Art of Shock, with hometown slayers Death of a Dream joining in on the mayhem. While the tour was a little fraught overall — Sacred Reich’s Phil Rind had to be hospitalized along the way, and Sepultura’s drummer broke his leg — the show was a perfect tenderizer for rabid thrash fans. The sweaty deluge was captured in fluorescent detail by our own Drew Nesbitt of Njorodynphoto, and can be viewed below.

Death of a Dream

Public Service Announcement 0
Look Out, Sin City! Sacred Reich Will Tear It Up This Saturday for Metal Blade’s 40th
September 15th, 2022 at 9:02am Hesher Keenan

Doors open at 8 p.m. and tickets are available right now.

Metal Sucks Greatest Hits
0 -
Someone Made a Lemmy Doll from a Mr. Potatohead
1,2110 -
The 101 Rules of Death Metal
220 -
Hey Guys, Did You Know That Virgin Steele are From Long Island?
0 -
Ministry’s Al Jourgensen: “I Got Paid to Humiliate Fred Durst”
0 -
Sean Z.’s Twelve Inch Face Pubes Win the MetalSucks Best Beard in the History of Metal Bracket!!!
0 -
Former Attack Attack! Bassist John Holgado is the Stupidest Human Being Ever