Metal Sucks
Metal Sucks Eluveitie, Sanguisugabogg, Heilung and More Explain How The... Beer Metal: A New Playlist from MetalSucks, Updated Every...
- Tweet SHARE
Enlarge
You Know What I'm Talkin' About??? 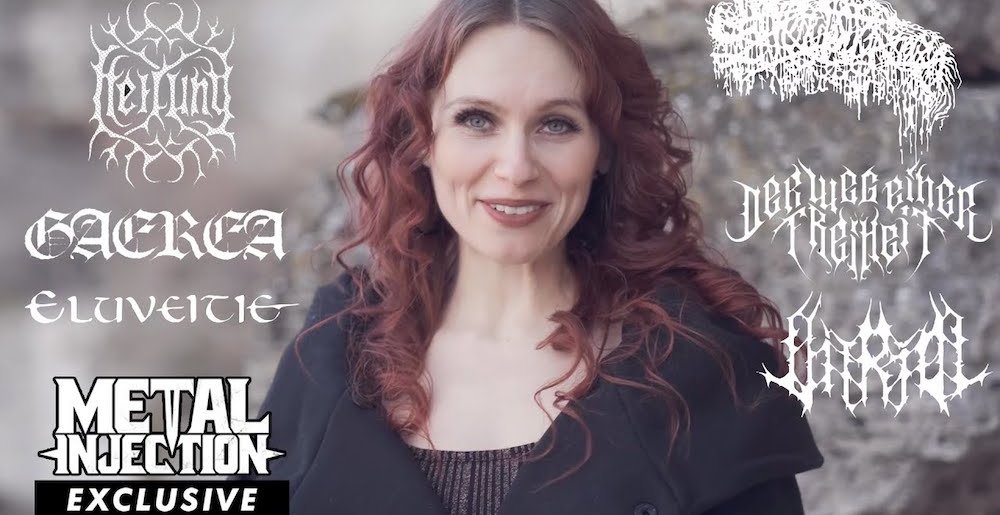 Eluveitie, Sanguisugabogg, Heilung and More Explain How The Hell You Pronounce Their Names

Being a fan of extreme metal is a little like being a hardcore Tolkien reader or Star Wars fan, in that you find out how the hell to pronounce some really bizarre words (that and losing your virginity is like climbing K2). Metalheads may not be able to tell you who won the War of 1812 (the answer of course being Mayor McCheese), but we sure as shit can tell you how to say a Norwegian word with an umlaut and an ‘O’ with a line through it in there. But some metal band names are so mysterious and confusing that not even we can utter them confidently. Thankfully, in a new video from the working girls over at Metal Injection, a collection of extreme metal bands with truly insane names tell you exactly how to pronounce them.

In the video, a a collection of metal acts including Heilung, Eluveitie, Sanguisugabogg, Sólstafir, Thy Catafalque, Der Weg Einer Freiheit, and more explain how their names are meant to be pronounced. For some, the issue is a linguistic one, with their names meaning something in another language. For others, it’s about being brutal as fuck and using an elaborate word that most don’t know to define themselves. In any case, the whole video is a series of mouthfuls that’ll inform even those educated in the ways of metal.

Metal Sucks Greatest Hits
0 -
Students at British School Sing Iron Maiden’s “Flight of Icarus”
2860 -
What is the Best Christian Metal/Hardcore Band???? [you’re moshing 4 Christ]
1230 -
Loutallica’s LuLu: The MetalSucks Reviews
540 -
Glenn Danzig Shops for His Own Kitty Litter
0 -
Report: “The Number of Heavy Metal Bands in a Given Country is Associated with its Wealth and Affluence”
0 -
Anthrax’s Frank Bello is Really Excited to Be Here, Not at All Concerned About Swallowing Bugs