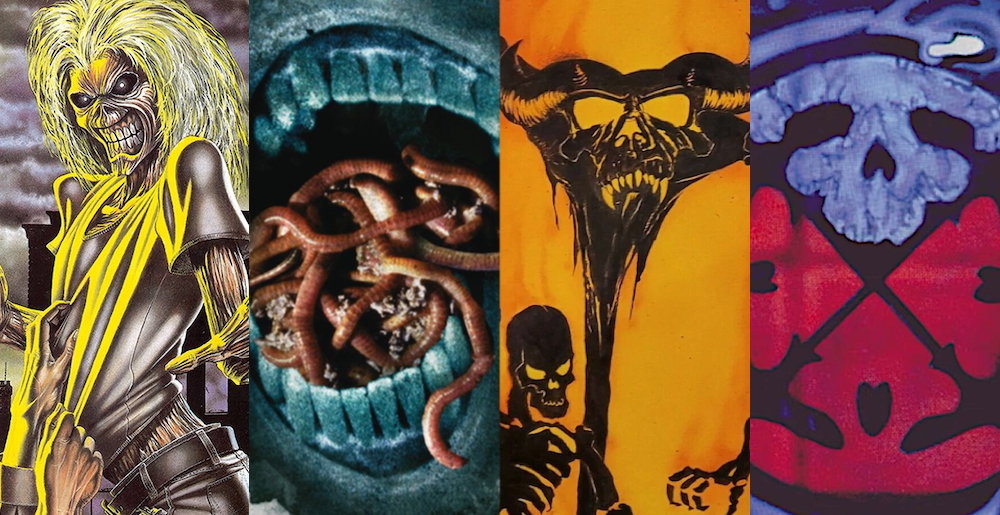 It’s happened to every young metalhead: your older brother or guitar teacher or weed dealer tells you about a classic band. They talk about how that band is the real shit, the heaviest of the heavy, not like today’s pussy fashion bands. You seek out a record by that band, and hot damn, look at this weird-ass cover art, this has to been the heaviest material imaginable! So you turn off your brutal death metal, put on the album, and experience…a lot of thin, wheedly guitars and falsetto singing. Wait, this is supposed to be heavy?

Over time, these bands often become many metal fans’ favorite acts as they mature as listeners and realize that it’s not all about sonic carnage. But that first introduction, when the ultra-elaborate cover art and vehement recommendations give way to something less than brutal, is always jarring. So in honor of that bizarre moment in every metal fan’s life, we decided to list 11 bands who just weren’t as heavy as we expected them to be when we first heard them.

We blame the PMRC and the Satanic Panic for this one. Back in the ’80s, Iron Maiden were always lumped into the satanic metal band category, which made them feel dangerous and blasphemous. But when you bought into the hype and put on an album, it was all prop-plane somersaults and the greater works of Samuel Richardson. Maiden rule, but part of what makes them rule is their nerdiness, and that simply does not slam. Surprise surprise, angry Christians didn’t know what they were talking about.

Much of Life of Agony’s purported heaviness is guilt by association. The band are so often associated with New York’s hardcore scene that one often thinks of them as being Cro-Mags-level destructive. But honestly, Mina Caputo’s vocals feel very goth in a lot of ways, and the band’s grooves always had an emotionality that was really cool, even if it didn’t smash your skull in. A weird example of history somehow rewriting a perfectly awesome band.

For many fans of underground metal, Mercyful Fate are THE band on this list. And that’s due to a lot of things, from their uncommon song structures to their complex-but-high-flying riffs…but let’s be honest, it’s King Diamond’s vocals. Countless black metallers who entered the genre during its second wave were told by old-school fans that nothing was heavier than the Fate, but when they got there, a dude with a piercing falsetto shrieked at them about Halloween. That said, once you take into account that sounding like a spectral opera singer is metal because it’s NOT trying to be extreme, these dudes are radder than ever.

It’s sometimes astonishing that Nevermore got as big as they did, but a lot of that had to do with aesthetics. If the band had made their form of chug-heavy almost-power-metal with traditional power metal art, they would’ve seemed pedestrian. Instead, their shit looked heavy as fuck, even if it often sounded as soaring as Symphony X. That’s why we always think of them as incredibly crushing even though they’re mostly elaborate and inspiring – in our minds, it’s all worms and masks and shit.

Because of the influence they’ve had on extreme metal since their formation, and the bizarre lo-fi art on their record sleeves, Death SS remain unholy beyond words in our memory. But honestly, a lot of Steve Sylvester’s most important shit sounds kind of thin and simple in retrospect. Much of this was production – the band were obviously doing things by the skin of their teeth, so their sound usually lacks depth. In any event, their material still fucking smashes, just maybe in a less punchy way than we wanted it to when we first heard them.

Walk through Alice Cooper’s career and you’ll find that he’s way more theatrical than he is metallic. Welcome To My Nightmare is a goddamn masterpiece, but it’s basically Rocky Horror. 1989’s Trash is hair metal as a costume, and 2000’s Brutal Planet could’ve been the soundtrack to the haunted attraction with which it shared its name. Alice’s maniac persona, anthemic tunes, and Grand Guignol stage show might scream decapitation and necrophilia, but his riffs aren’t exactly goregrind. Gotta love that Arsis cover, though!

Jesus, you look at the cover of Initium and think, This is going to be the scariest fucking band in the world. Instead, you’re treated to an icy and kinetic bout of occult worship from a dude trying to take Halloween seriously for some reason. How Samhain got labeled as Misfits’ “hardcore side project” is beyond us, given that your average tune off of Walk Among Us feels way more vicious than than much of this music. An important stepping stone to Danzig’s solo stuff, but a first listen provided blood than thunder overall.

With Cynic, it was all about who was telling you to listen to them. The progressive death metal band’s fanbase was so heavily entrenched in the brutal and technical sides of that scene that those listeners’ constant support made us think they’d sound like Origin. In fact, the result was something much more beautiful and unique – it just wasn’t quite as much of a sock to the gut as we were craving. These guys get high marks in being interesting, but they’re definitely death metal’s vacation home.

What made Venom special is also what qualifies them for this list: they sound like they were recorded in a garage. Motörhead brought the speed and rage, but had a polished, pointed sound. But Venom kind of trundle along with sneering ease, and fans of death and black metal who were repeatedly told that Welcome to Hell and Black Metal was the Alpha and Omega were often surprised to discover the gods Rock and Roll instead of Blood, Fire, and Death. Maybe not murder music, but always good for getting slaughtered.

You can chalk this one up to the historians. Stuck Mojo are often remembered the forefathers of nu-metal, the band who put rap over metal riffs before anyone else did. Except what no one tells you is that the riffs are a little low in the mix, the rap is a little high in there, and the whole thing lacks that world-conquering lushness which makes nu-metal so powerful. Definitely a band you went into expecting warfare when paintball was the name of the game.

Ho boy, racist murderer metal – that shit must sound like Satan himself, right? But no, what you’re actually in for is either weed whackers over rickety drumming or dude with a Casio keyboard trying to replicate the sound of water dripping in a cave in his Tolkien fanfiction. The truth is that the majority of the power associated with Burzum comes from Varg’s extracurricular activities and not his sonic talent. Whoda thunk the homicidal white-power drama queen actually wasn’t a very good artist?

F*ck Cancer 0
Ex-Venom Drummer Abaddon Reveals He Has Lymphoma: “None of this will break me. F*ck cancer”
September 24th, 2022 at 1:52pm Hesher Keenan

Metal Sucks Greatest Hits
1730 -
Leyla Ford’s Eleven Cardinal Rules of Attending a Concert
0 -
The Top 25 Modern Metal Frontmen: The Entire List in One Place
0 -
BREAKING: Ex-Suffokate Vocalist Ricky Hoover Successfully Undergoes Earlobe Reconstructive Surgery
0 -
Rigged: Wintersun
0 -
Website Photoshops Dogs in Place of Bass Guitars Because Why Not?
0 -
So As it Turns Out, Banging Your Head a Bunch Can Be Bad for Your Brain