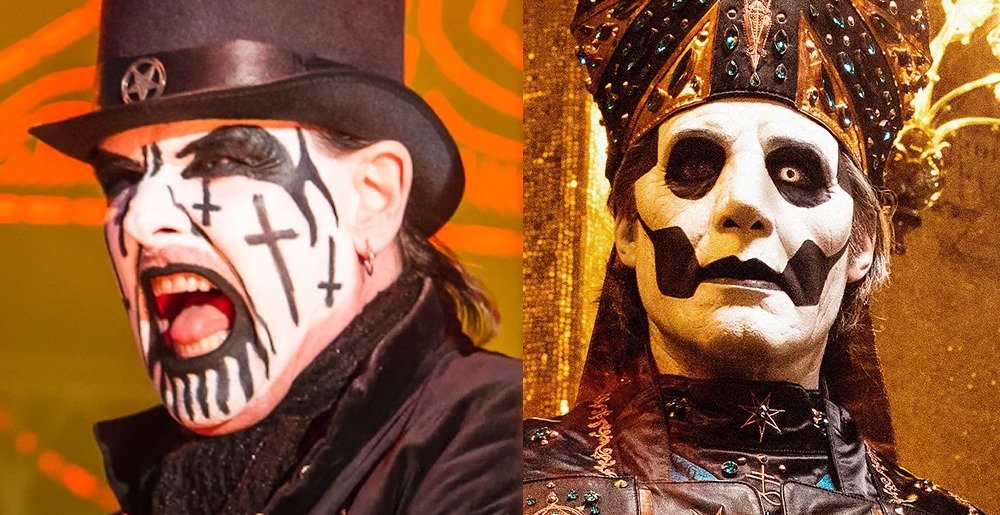 Ever since Swedish occult-rockers Ghost first appeared on the scene, they have been compared to Danish satanic metal act Mercyful Fate. And that’s understandable — both bands have theatrical aesthetics, uncommonly high vocals for metal, and frontmen wearing black and white facepaint. But now, Fate frontman King Diamond has officially weighed in on the issue, and he really doesn’t see what Ghost do as a rip-off of his band.

Speaking to Metal Hammer, His Satanic Majesty said the following:

“Some people have compared the two bands, but I never thought that. I very much saw them as a Blue Oyster Cult style band. I’m sure they have a little influence from us, and that’s a huge honour to hear, but they have their own style. I never felt that they were copying us. We have all these guitar solos, and they barely use any guitar solos on those first couple of albums.

“They also have a show which is completely different to ours,” he continued. “You see someone saying ‘Oh they got that from King Diamond and Mercyful Fate!’ but I don’t think that is true. It’s not like we don’t have any humour in our shows, but it’s very grotesque and twisted. With them I see it as a lot more tongue-in-cheek. Ours is horror show, they have jokes going back and forth during the show.”

So there you have it — we shouldn’t be calling Ghost a Mercyful Fate rip-off anymore. They’re a Blue Oyster Cult rip-off.

European fans can catch Ghost at one of the dates listed below:

Metal Sucks Greatest Hits
0 -
Oderus Urungus from GWAR Reads Goodnight Moon
0 -
Converse Rubber Tracks x MetalSucks: Everything All in One Place
0 -
Advanced Discrimination & Dragons: A Critical Look at Varg Vikernes’ Myfarog RPG
0 -
Twelve Reasons Babymetal are the Single Best Thing to Happen to Metal in the Past Decade
0 -
15 Ways Your Unsigned Band is Doing It Wrong
0 -
The Secret 2 a Successful Career in Music