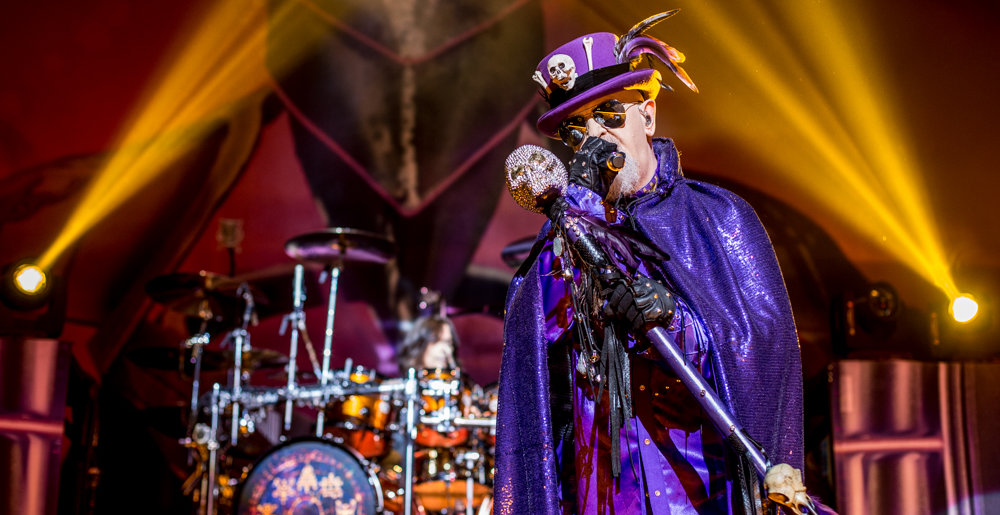 Hot damn, Judas Priest frontman Rob Halford is really back in the saddle since having kicked cancer. Just in the past week, the dude has warned the metal community of the dangers of not going to see the doctor and christened a litter of kittens with rock-referencing names. Now, Rob has announced a new book, which will apparently tackle the spiritual facets of various aspects of metal and hard rock.

The Metal God has this to say about his new book

“After my penitence with CONFESS, it’s time for me to be BIBLICAL and take our congregation through all the ins and out and ups and downs of what it takes to make the life of the Metal God. So get comfy in your pew and prepare for the light of revelations by becoming BIBLICAL!”

We’ll be interested to see exactly what this book entails. On the one hand, if anyone is fit to examine and judge heavy metal’s various dark corners, it’s Rob Halford, and we must admit that we’re enjoying his newly-embraced role of, like, the Neil-Gaiman-ass grand librarian of the metal world. That said, all of these topics mean very different things to a modern metal fan than they might to a storied one such as Rob, so we’ll see how relatable the book is with an audience beyond the band’s own fanbase.

In any event, keep your eyes peeled for Halford’s new book this fall. Here’s the cover:

Metal Sucks Greatest Hits
0 -
Rigged: Jeff Loomis
0 -
12 Embarrassing Albums That Everyone Owned Back In The Day
0 -
Comedian Rob Delaney’s Open Letter to High on Fire’s Matt Pike
0 -
And Now, Here’s a Couple of Dudes Playing Slayer on Pre-School Instruments
0 -
Having a Rough Day? Try Hatebreed Motivational Posters!
0 -
11 Bands You’d Get Made Fun Of for Liking Back In The Day