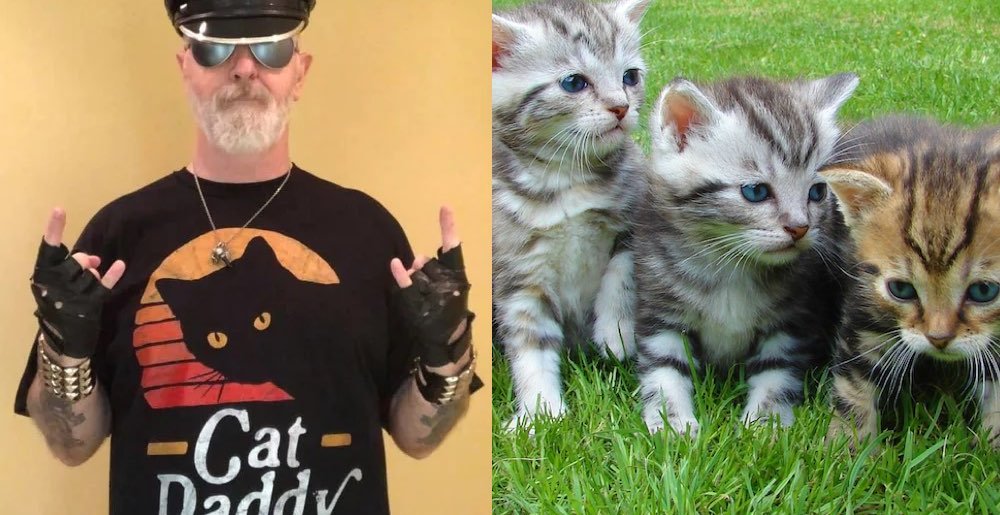 It’s widely known that Judas Priest frontman Rob Halford is a dude with his priorities in the right place. When Halford isn’t owning up to having the lousy idea of trying to tour as a four-piece, he’s urging metalheads to go to the doctor so that they won’t find cancer later in life the way he did. Now, Halford has taken his own endearing nature to an almost freakish level by naming a litter of kittens at a cat rescue — and christening them with names that are references to Judas Priest, along with one whose name is a tribute to Foo Fighters drummer Taylor Hawkins.

As reported by Blabbermouth, Halford named six kittens at Kitten Rescue, a Los Angeles-based non-profit, volunteer-run organization devoted to finding loving homes for unwanted, homeless cats and kittens. The cats can now be watched via the organization’s live kitten cam room, in case you need a shot of serotonin to get this week going.

Here are the kittens as Halford has named them:

Meanwhile, Halford also donated his personal collection of autographed cat T-shirts to the rescue, with proceeds to benefit Kitten Rescue. You can bid on them via Kitten Rescue’s auction site.

Said Halford in a statement:

“Hello kitten maniacs — join your metal god in the great Kitten Rescue fundraiser where my personal signed cat shirts and other signed goodies are up for grabs!

“Check out this bunch of hellions I have christened in metal!

“Please continue to support Kitten Rescue any way you can.

“Kitten horns up! The Metal God”

Check out the kitten cam below for an instant shot of good brain chemicals:

Sponsored Links from Across the Internet
Show Comments
Related Articles
News 0
Judas Priest Are Waiting on Rob Halford to Finish the Next Album
September 27th, 2022 at 10:26am Hesher Keenan

Metal Sucks Greatest Hits
0 -
David Lee Roth on Van Halen Brothers: “We Have Always Hated Each Other”
0 -
Exclusive Interview: Damien Echols of The West Memphis Three on His Life After Death
0 -
Incredibly Metal Six-Year-Old Girl Terrorizes America’s Got Talent
2510 -
Rose Funeral: The Uno Incident?
0 -
Nazi Imagery: Why Watain and Marduk Don’t Get a Pass While Slayer and Metallica Do
0 -
Just in Time for Passover: Big Four Yarmulkes?!?!