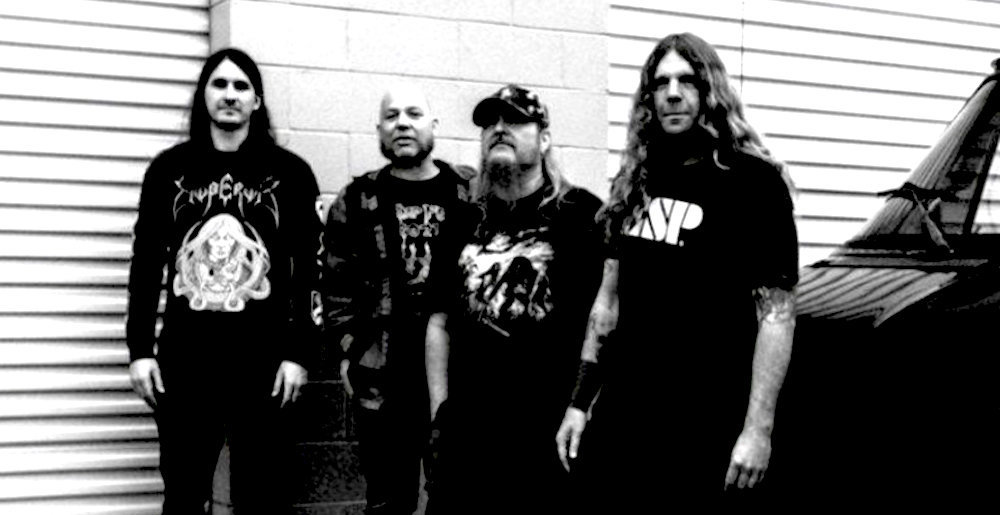 While they don’t always get the lip service they deserve, Florida’s Intoxicated fucking deliver. The death-thrash act have been around since the ’90s, with previous alums including Obituary’s Donald Tardy; meanwhile, vocalist/guitarist Erik Payne and bassist Greg Roberts have played with Andrew W.K.’s live band, which is a feather in the caps of any artists looking to make pure entertainment their utmost priority. Suffice it to say, if you want that harsh, driving thrash metal with an added layer of extremity, it’d be hard to go wrong with Intoxicated.

“Dumpster Dive,” the band’s first single from their upcoming album Watch You Burn, lives up to the band’s reputation. The track is mostly mid-paced, which can be hit or miss with a band like this, but in this case is definitely a direct hit. The dudes use their lurching rhythms to great effect, creating a space for headbanging that’s often ignored by speedier tracks of this sort. There’s a sense that this music was written for a humid live environment, and that you might get a beer poured all over you midway through the track. It’s a lot of fun in a very classic way, and will have dudes who don’t wash their vests raising their claws in salute.

According to the band…

“‘Dumpster Dive’ was written in response to the puppet masters….With one catastrophe after another being thrown at society, it’s maddening to see the response by the masses. Stay in the shadows   focused and creative. Your mind is your own.”

Check out our exclusive premiere of Intoxicated’s “Dumpster Dive” below. The band’s new album Watch You Burn drops June 24th via Seeing Red Records, and is available for preorder. Scroll down for the album details below.

Metal Sucks Greatest Hits
0 -
This Dude Sounds EXACTLY Like Layne Staley
1210 -
MetalSucks Exclusive: Behemoth Frontman Nergal’s First Interview Since Being Diagnosed with Leukemia
0 -
I Watched Rock of Ages so You Don’t Have To
0 -
Nothing to See Here, Just Some Photos of Cats Wearing Metal Battle Vests
0 -
What If Metal Album Covers Were Truthful?
0 -
Eleven Useful Tips for Local/Unsigned Bands