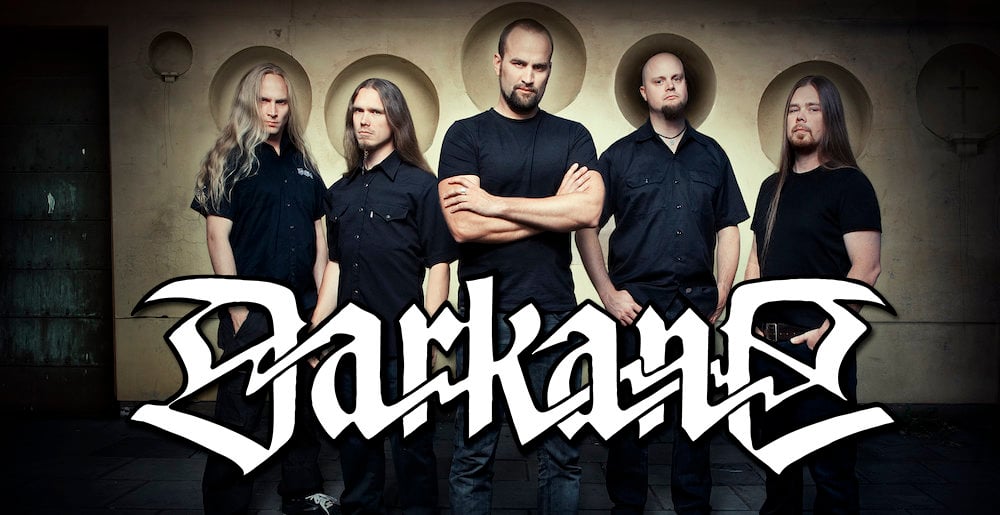 To put it delicately, MetalSucks is dicks out for Darkane. We fucking love these dudes for making classic Swedish melodeath that’s always a little more complicated, venomous, and agonized than that of their peers. That’s why Darkane aren’t as massive as their counterparts in, say, In Flames or Dark Tranquility — shit just goes too hard and wonky for easily-won audiences. So it’s with great relish, and even greater mustard, that we tell you that Darkane have dropped a new track, which you can hear below. Airhorn. Airhorn airhorn.

The song is apparently the title track of the band’s new album Inhuman Spirits, and guess what, it’s epic and soaring and gnarly and fucking rules. What story does the video tell, you might ask? The same one every melodeath video has told since 2007: that this band found a warehouse for rent, and shot a performance video in it. The difference between this video and many others, though, is subtle but clear: this time, it’s Darkane, who slap ass with the lights on. So you know it’s good.

The band took a break from being the illest macks in Helsingborg to say this about the song:

“The title track represents almost everything that is Darkane: fast and intense metal, melodic chorus, different vocal styles, intricate riffing, pounding drums, cool rhythms and some classical orchestra elements. The lyrics deal with someone or something that is spreading disaster and lies and are trapped in delusions leading to disaster.”

LET’S GET THRASHY AND MELODIC UP IN THIS BITCH!

Hey Kerry King, maybe hire this kid to front your new band instead of Phil Anselmo?

Metal Sucks Greatest Hits
0 -
Rigged: Periphery Guitarist Jake Bowen and Front-Of-House Engineer Alex Markides
0 -
Twenty More of the Worst Heavy Metal Album Covers of All Time
0 -
Avril Lavigne Must Be Stopped
0 -
Website Photoshops Dogs in Place of Bass Guitars Because Why Not?
2860 -
What is the Best Christian Metal/Hardcore Band???? [you’re moshing 4 Christ]
0 -
Exclusive Interview: Damien Echols of The West Memphis Three on His Life After Death