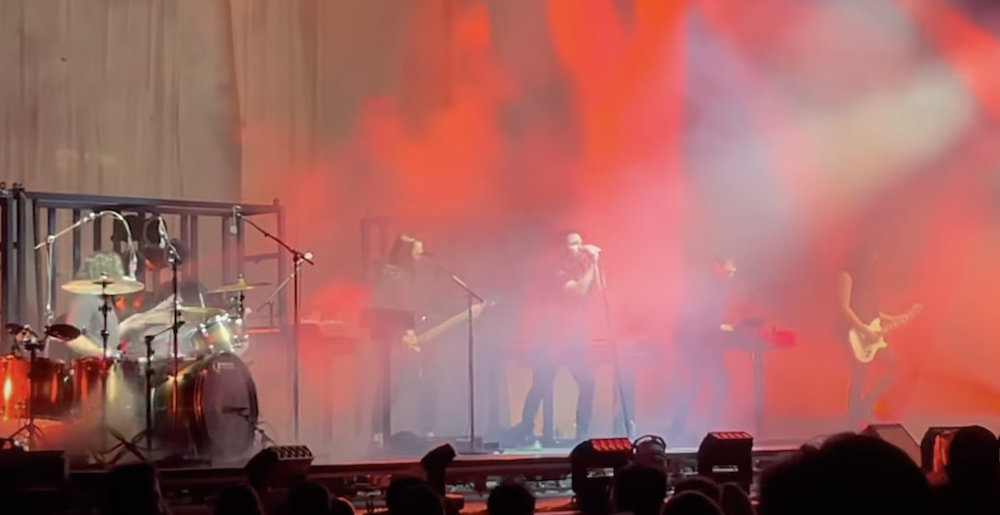 Last night saw legendary industrial act Nine Inch Nails play their first live show since December of 2018. Now, fans can check out the setlist below, as well as fan-shot footage.

What’s especially cool is that Nine Inch Nails busted out some uncommon tracks and a cover of David Bowie’s “Fashion” at the show. The set definitely includes the band’s big hits, but it also has a bunch of weirder and more uncommon favorites. Gotta love “The Perfect Drug” live.

This might be Nine Inch Nails’ first live show of 2022 — and 2019, and 2020, and 2021 — but it certainly won’t be their last. The band have a number of festival dates lined up, including at this year’s Welcome to Rockville festival, where they stepped in to replace Foo Fighters after the tragic passing of legendary drummer Taylor Hawkins.

Rockville issued the following statement regarding Foo Fighters dropping off the bill and NIN stepping in:

In light of the tragic passing of Taylor Hawkins, the FF have cancelled their 22 performances, including WTR. We are sending love and light to the entire FFfamily during this incredibly difficult time. We appreciate your patience in any updates. RIP Taylor

Guess that’s kind of a bummer if you’re into homespun arena rock and not emotional industrial, but if the footage below shows us anything, it’s that fans will be in for a great show no matter what.

Check out the setlist below via Setlist.fm, followed by some fan-shot video and tour dates.

Somewhat Damaged
The Day the World Went Away
The Frail
The Wretched
March of the Pigs
1,000,000
Survivalism
Piggy
Closer
The Perfect Drug
The Becoming
This Isn’t the Place
Every Day Is Exactly the Same (First live performance since 2006)
I’m Afraid of Americans
Fashion (David Bowie cover) (Live debut)
Only
The Hand That Feeds
Head Like a Hole

Encore:
Reptile
And All That Could Have Been
Hurt

A lot of awesome bands, plus a ton of wack ones.

The industrial band will take the stage Sunday night.