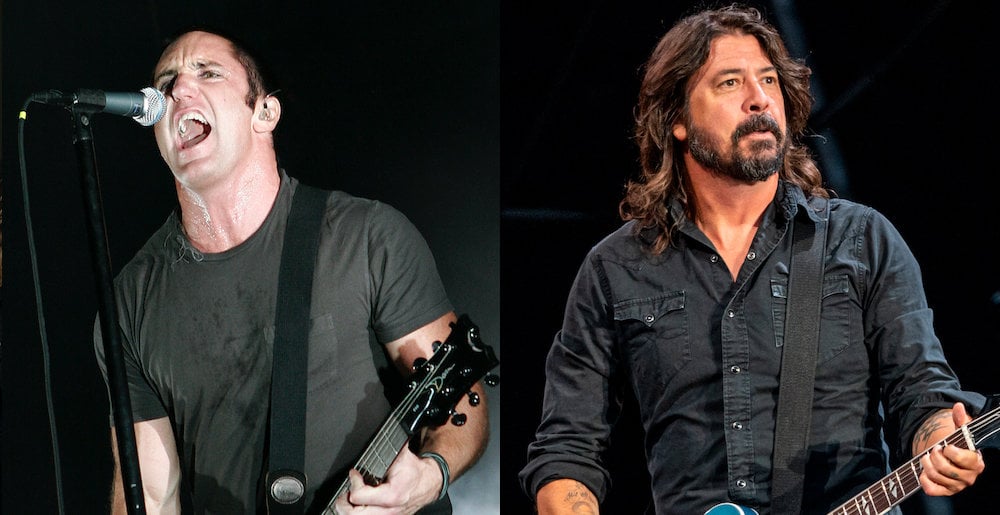 A little under two weeks ago, it was revealed that Taylor Hawkins, drummer for legendary rock act Foo Fighters, had died at the age of 50. Shortly thereafter, Foo Fighters announced that they would be canceling all scheduled live shows in order to take stock and focus on the grieving process. Now, it’s been announced that rock festival Welcome to Rockville will have Nine Inch Nails performing in the band’s stead.

Shortly after Hawkins’ death, Rockville posted the following message with a ‘TBA’ placed into Foo Fighters’ spot on the festival’s poster.

In light of the tragic passing of Taylor Hawkins, the FF have cancelled their 22 performances, including WTR. We are sending love and light to the entire FFfamily during this incredibly difficult time. We appreciate your patience in any updates. RIP Taylor

Now, the festival has revealed that Nine Inch Nails have been tapped to take Foo Fighters’ spot via an updated poster that you can see below. The industrial band will take the stage the fourth night of the festival, Sunday, May 22nd. Tickets to Welcome to Rockville can be purchased via the festival’s website.

Foo Fighters canceled their performances shortly after Hawkins’ death with the following statement:

It is with great sadness that Foo Fighters confirm the cancellation of all upcoming tour dates in light of the staggering loss of our brother Taylor Hawkins. We’re sorry for and share in the disappointment that we won’t be seeing one another as planned. Instead, let’s take this time to grieve, to heal, to pull our loved ones close, and to appreciate all the music and memories we’ve made together.

Hawkins’ death was announced on March 25th, around 11pm EST, with the following statement from the Foo Fighters:

Everyone at MetalSucks wishes the band the very best in this incredibly difficult time.