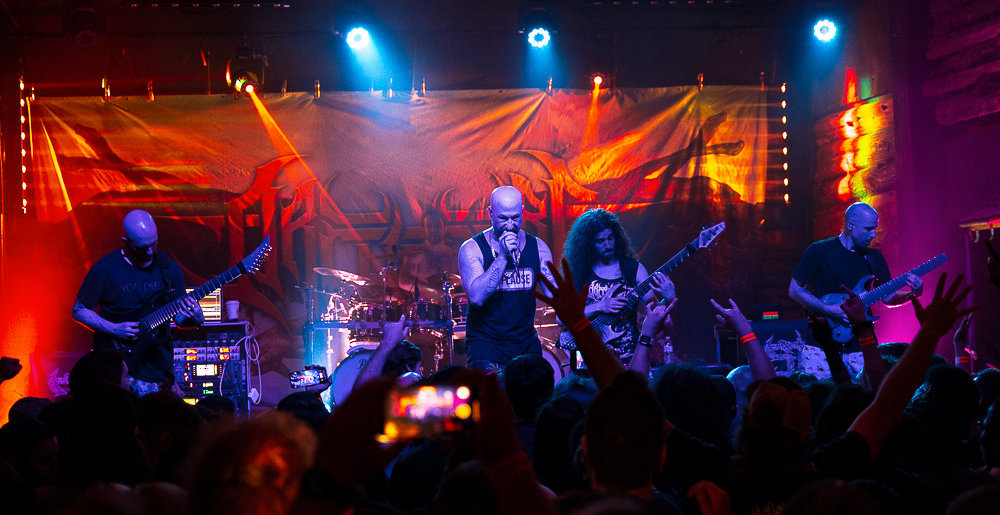 Last month saw a tech-death massacre get unleashed upon Austin, Texas. Canadian riff-twisters Archspire took the stage at Come And Take It Live, backed by an epic line-up of bands including Santa Cruz weirdos Entheos, Nashville tower-topplers Inferi, South African brutalists Vulvodynia, and home-state harrowers Athanatos. The entire massacre was captured in brutal honesty by our own Drew Nesbitt of Njorodynphoto, and can be viewed below.

Meanwhile, fans can catch the bands at one of their remaining dates:

Not your daddy’s kawaii anime.

Crisis Averted 0
Thieves Tried to Steal Archspire’s Trailer While Their Drummer Was Sleeping In It
April 25th, 2022 at 11:38am Emperor Rhombus

Right now, Canadian tech-death act Archspire are out on tour […]

Metal Sucks Greatest Hits
0 -
What If Metal Album Covers Were Truthful?
180 -
On U.S. Vs. European Record Release Dates
0 -
Worst Year Ever: All of Our 2012 Year-End Sh*t in One Place
0 -
Former Attack Attack! Bassist John Holgado is the Stupidest Human Being Ever
0 -
This Very Fat Cat is The Best at Metal Drums
0 -
50 Metal and Hard Rock Musicians’ Yearbook Photos