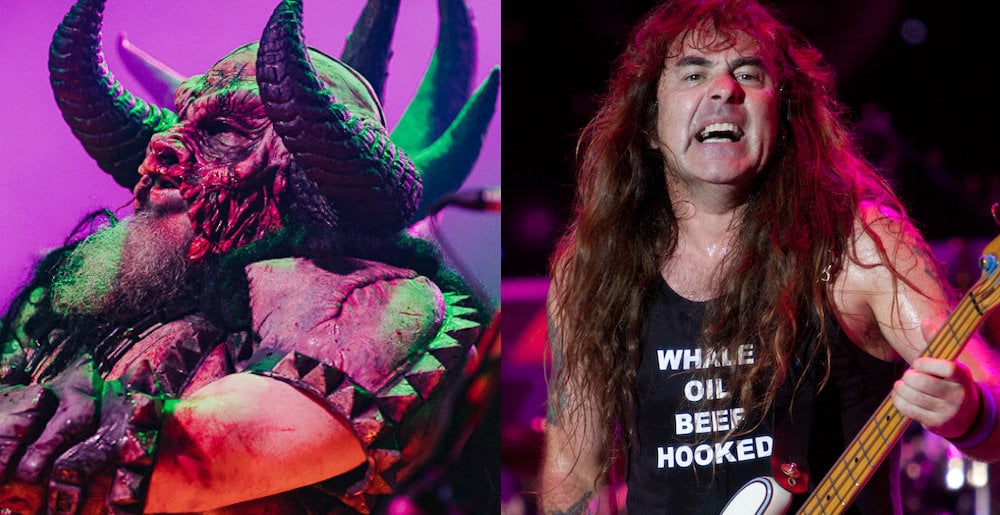 Blothar by Jason Bailey for MetalSucks. Steve Harris by Scott Penner, via Wikipedia.

GWAR’s Blöthar: “Iron Maiden Are Just a Bunch of British Old Women at This Point”

During an interview with The Metal Voice, Blöthar was told that the band’s upcoming album The New Dark Ages featured some “Maiden-esque” parts, and was asked if GWAR look up to Maiden and their mascot Eddie. Blöthar’s response, as transcribed by Ultimate Guitar:

“Well, I mean — Eddie, yes. Steve Harris is an old lady basically; they all are just a bunch of British old women at this point. But at least that’s how they act, right?…I’m just kidding….But it is very, very odd to me that Steve Harris — I love Iron Maiden — [but] it always bothered me that Steve Harris has such a problem with punk rock for some reason, especially when you can obviously hear it in some of what they were doing around the Killers era.

“But you know, Iron Maiden is a band that you can hear it more than in the guitars. I think it’s in the bass guitar as well. Steve Harris has a big influence on GWAR, whether he likes it or not — and he probably doesn’t like it.”

There you go — makes sense that Iron Maiden wouldn’t care for punk, or GWAR. And GWAR are just salty at everybody, so it all works out.

Catch GWAR on tour with Goatwhore, The Native Howl, and Nekrogoblikon below: