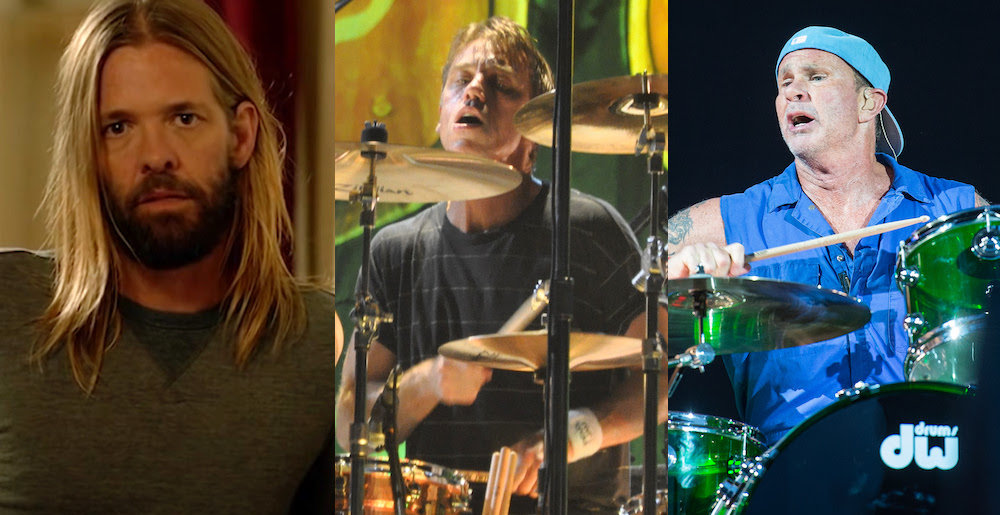 Yesterday, Rolling Stone published an article titled “Inside Taylor Hawkins’ Final Days as a Foo Fighter.” In it, Pearl Jam drummer Matt Cameron and Red Hot Chili Peppers drummer Chad Smith are both quoted as saying that Hawkins was having difficulty keeping up with Foo Fighters’ schedule, and that he felt exhausted and overwhelmed. Now, both drummers have made statements distancing themselves from the article and apologizing to Taylor’s family for their involvement.

“When I agreed to take part in the Rolling Stone article about Taylor, I assumed it would be a celebration of his life and work. My quotes were taken out of context and shaped into a narrative I had never intended. Taylor was a dear friend and a next level artist. I miss him. I have only the deepest love and respect for Taylor, Dave and the Foo Fighters families. I am truly sorry to have taken part in this interview and I apologize that my participation may have caused harm to those for whom I have only the deepest respect and admiration.

“Taylor was one of my best friends and I would do anything for his family. I was asked by Rolling Stone to share some memories of our time together which I thought was going to be the loving tribute he deserved. Instead, the story they wrote was sensationalized and misleading, and had I known I never would have agreed to participate. I apologize to his family and musical friends for any pain this may have caused. I miss Taylor every day.”

You can check out both statements below.

Here’s a piece of advice to all musicians: as a member of the press, if I’m told something on the record, especially something as-yet-unheard and alarming, I am obligated to tell it to the world, both as a representative of my publication and as a music fan. So: DON’T SAY ANYTHING LIKE THAT. And always feel free to say the phrase “Off the record” if you want to say something spicy in an interview that you don’t want published. We aren’t here to hurt anyone, but we are here to tell a story, and if it’s a complicated and sad story told on the record, that is the one we’ll tell.

Everyone at MetalSucks sends their heart out to Taylor’s family, friends, collaborators and fans at this time.

Metal Sucks Greatest Hits
560 -
The Austerity Program’s Justin Foley Wonders: Is It Okay to Listen to Music Made by People Who You Think Are Bad Folks?
0 -
Someone Made a Lemmy Doll from a Mr. Potatohead
0 -
Taking Risks
1510 -
The Top 15 Reasons that Metallica are the Yankees of Metal
3550 -
The Real #1: Mastodon – Leviathan
0 -
Watch This 10-Year-Old Girl Shred Through Slayer’s “War Ensemble”