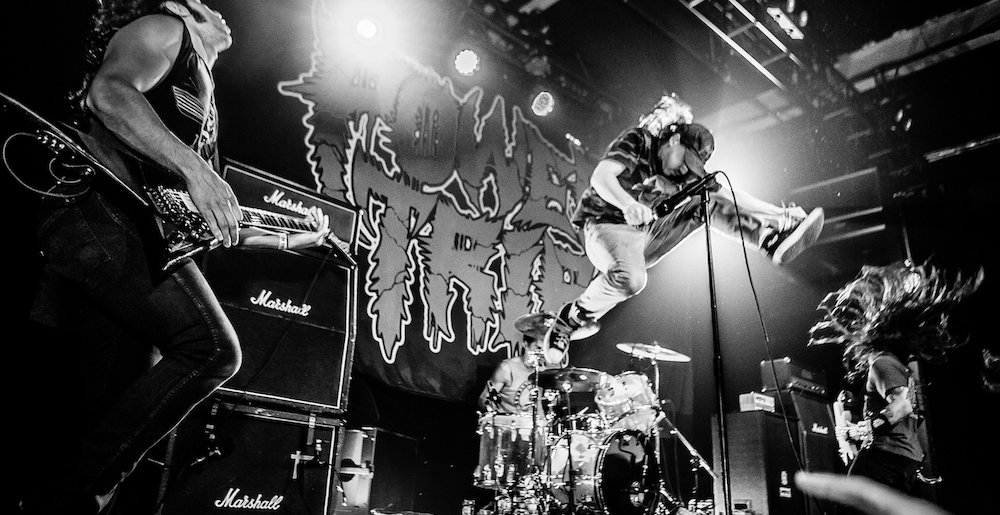 Power Trip at Elsewhere in Brooklyn on May 10, 2018. Photo by Angela Owens.

Power Trip Guitarist Blake Ibanez: “[Fans] Will Be Excited for What’s to Come…the Plan Right Now Is For It to Continue”

In August of 2020, the metal world was shaken to learn that Power Trip vocalist Riley Gale had died at 34 years old. The following March, in an interview with The Los Angeles Times, guitarist Blake Ibanez said that the band intended to continue making music. Now, speaking to Banger TV, Ibanez has offered further insight into the band’s future, though it’s (understandably) a bit cryptic and guarded.

As a reminder, speaking to the Los Angeles Times in 2021, drummer Chris Ulsh described how the pain of losing Gale was incredibly hard for the band, but that during that difficult time, he was able to appreciate just how much Power Trip meant to fans:

“Losing Riley was the saddest thing that ever happened to me. But I’m so proud of everything we accomplished together. One of the coolest things from the start was that there was no ceiling to this band, and this Grammy nomination is a perfect example of that.”

Later in that interview, Ibanez said the following:

“We do want to continue to play music together; we just are not sure what that looks like at this time.”

Now, in the new interview (transcribed by The PRP), Blake elaborated a little further on what was going on with the band:

“Got a lot of music, a lot of songs in the tank. So keep your eyes peeled for what that becomes. I think everybody here, especially that enjoyed Nightmare Logic will really like it. Next thing. Spent a lot of time working on it the last few years.

“People that like all the Power Trip stuff, then they’ll be excited for what’s coming… I can’t say what it is or exactly what it isn’t gonna be. But the plan right now is for it to continue. So that’s all I can really say right now.”

We’re excited to hear what Power Trip have in store. The band was obviously such a bright, shining light in the contemporary metal world that to lose them entirely would be a shame. That said, we imagine these guys will need time to get this work done in a way that they’re proud of.

Watch the interview below:

Metal Sucks Greatest Hits
3220 -
What is UR Favorite Classic Nu-Metal Band??
0 -
Heavy Metal Drinking Games
0 -
Someone Made a Lemmy Doll from a Mr. Potatohead
0 -
Exclusive Interview: Damien Echols of The West Memphis Three on His Life After Death
0 -
Detailed Analysis: Vest Metal is Officially the Next Annoying Trend in Metal
0 -
A MetalSucks Exclusive: Return from The Graveyard — King Diamond on His Near-Death and New Life