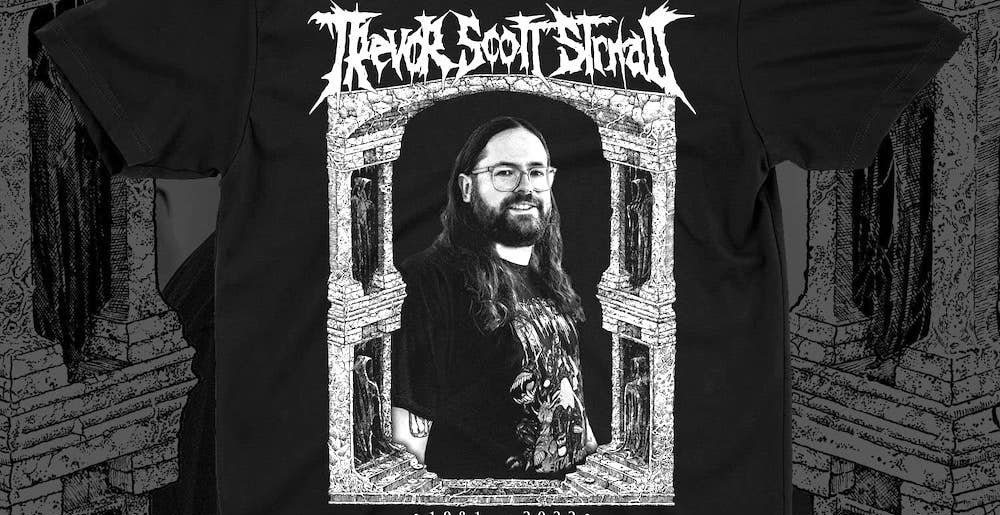 Last month, we were all dumbstruck to learn that Trevor Strnad, vocalist for Michigan death metallers The Black Dahlia Murder, had died at 41 years old. Now, the band have revealed an official memorial shirt, with proceeds from the sale going to both Trevor’s funeral expenses and a crisis recovery charity.

“We thank all Trevor’s friends, family, and The Black Dahlia Murder fans around the world for the massive outpouring of support during this time. The Strnad family has approved this official memorial t-shirt in his honor.

“All proceeds will help his family cover expenses incurred by Trevor’s death and benefit the Common Ground Resource & Crisis Center. Tees are available now from Night Shift in the US, Probity in the UK & Direct Merch in Australia.

“Special thanks to Mark Riddick (illustration), Nathaniel Shannon (photograph) & Spearhead Illustration (logo) for generously donating the art for this t-shirt.”

We urge everyone reading this to go out and preorder a shirt right now.

Right now, Night Shift says the shirts will be available to ship on or around July 29th. Here is another link to the shirt.

Everyone at MetalSucks sends their heart out to Trevor’s family, friends, fans and collaborators during this terrible time.