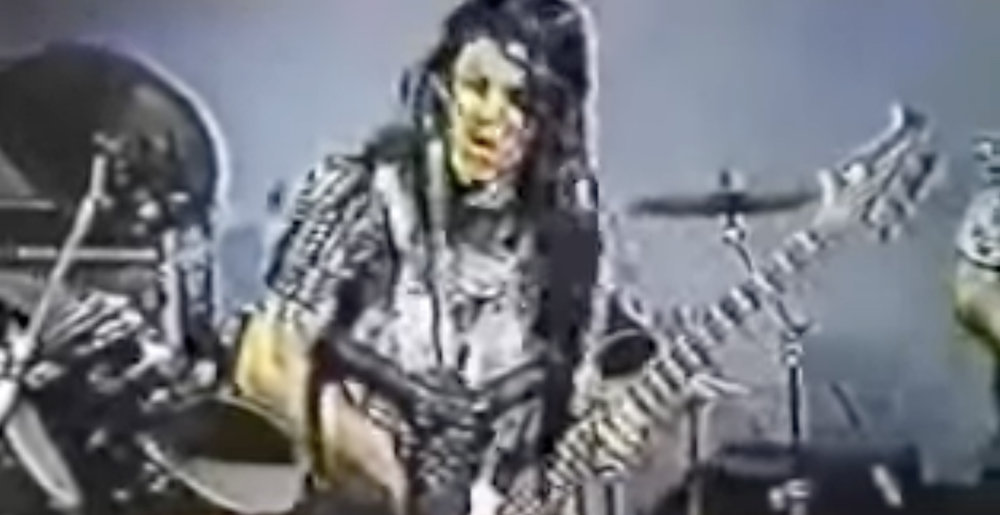 We all had to start somewhere, especially those of us who have given our souls to Satan (I mean, usually the soul-giving is exactly where we start, because hopefully things get better after that, unless there’s some monkey’s-paw shit going on, ANYWAY). While you may think of your favorite bands as invincible disciples of pure chaos and darkness, the truth is that they probably had to open for a hair metal act at some shitty venue once upon a time. Case in point, here’s a video of satanic death metallers Deicide playing a PBS fundraiser in 1988.

The video, first brought to our attention by Instagram user Festering Vomitous Mass, features the original Deicide line-up — Steve Asheim, brothers Brian and Eric Hoffman, and of course frontman Glen Benton — performing under their previous band name, Amon. The gang get a soft-spoken introduction from their host, who they apparently invited to a rehearsal, and who decided to have them on PBS. There’s not much else to say except that it seems like the ’80s were really, really, really fucking weird time to be alive. Thank fuck for high-def TV.

Check out the video below. Meanwhile, if Deicide proper is your bag, get tickets to see them on their upcoming Legion anniversary tour:

Exactly how progressive Deicide can get remains to be seen.

Metal Merch 0
This Badass Deicide Box Set Is Now Part Of The MetalSucks Web Store
August 15th, 2022 at 10:00am MetalSucks