Metal Sucks
Metal Sucks The Best Albums of 2022 So Far, According to the MetalSucks... Photos: Avatar, Light the Torch, Fall of Stasis in...
- Tweet SHARE
Enlarge
My Favorite... 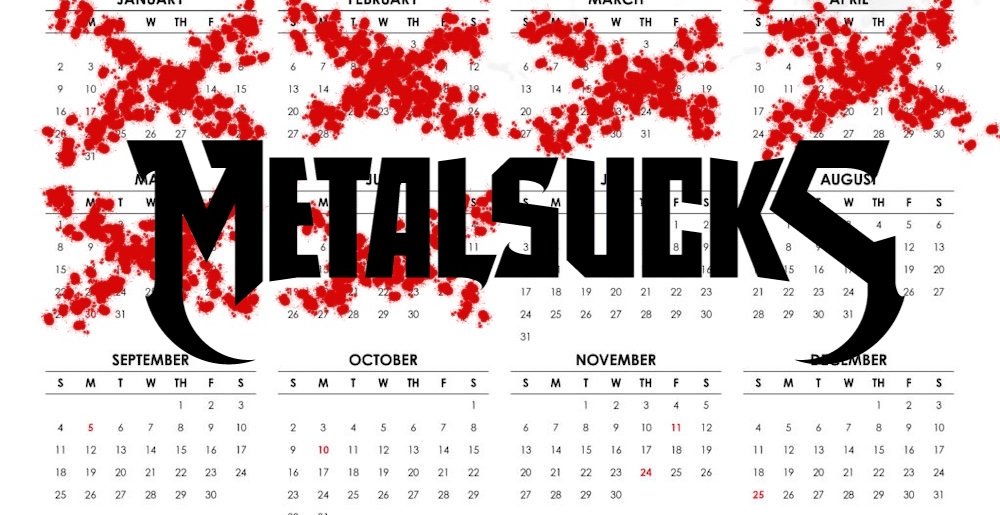 The Best Albums of 2022 So Far, According to the MetalSucks Staff

Somehow, right under our noses, half of 2022 disappeared. Already, this year has been jam-packed with more crazy shit than we could’ve possibly imagined, from the invasion of Ukraine to the unthinkable loss of one of extreme metal’s most beloved musicians. None of us were ready for what 2022 had to offer, and now that we’re here in mid-July, none of us are ready for it to be half-over.

However, while this year has overflowed with chaos and tragedy, it’s also featured a ton of awesome new records. So we reached out to our staff to find out what albums they thought were, thus far, the best of 2022. Here’s what they gave us…

I know Soul Glo’s Diaspora Problems isn’t really a metal record, but it is, without question, one of the most interesting and challenging extreme records of the last few years. Combining vicious hardcore punk and extreme metal with noise and hip hop, Diapsora Problems is possibly the most coherent example of an extreme artist incorporating these influences.

Vocalist Pierce Jordan is an all-star, baring his soul through lyrics that are painfully real without ever compromising his ferocious delivery. The words he raps and screams are dense, which makes every guest vocalist a unique and welcome inclusion. Diaspora Problems is a record that viscerally expands the vocabulary of extreme music.

Metal collaborations usually wind up significantly less than the sum of their parts. For every Bloodbath or Shrinebuilder there are a dozen Adrenaline Mobs, Hellyeahs, or Velvet Revolvers. This team up between Perturbator’s James Kent and Cult of Luna’s Johannes Persson thankfully delivers the best case scenario: the ominous atmosphere you want from Perturbator and the articulate roaring you want from Persson, all combined in one perfect mashup of industrialized darksynth and post-metal. Intended as a one-off Roadburn collaboration, if this is all they ever record together this stunningly oppressive monolith stands as a monument to the duo’s success.

For me, there is only one choice for the album of the year so far.– “Choose the pill!” Carpenter Brut is one of those artists that, to me, has an extremely high replay value. With his previous Trilogy compilation, I must have played this album at least 100 times — in the shower, at the gym, while taking a shit, there were songs on it that were perfect for any situation. With Leather Terror (and his previous EP Leather Teeth), the same replay value cannot be denied — the guest vocalists make their songs stand out from the rest, while those which are simply Carpenter Brut range from being all-out firepower (“Straight Outta Hell”) to almost trance-like (“Night Prowler”). It’s not completely and totally and purely metal, no, but if you took the plunge and bought The Downward Spiral in your teenage years even though you were wary that it was kinda electronic and you just wanted guitars, Leather Terror is the new album to bridge that gap between fanbases, a good ten years after synthwave first showed its face to the world.

Khold continue their tradition of producing “Masterpiss[es] of Pain” with Svartsyn. Call this surprisingly groovy album ‘black n’ roll’ if you like, but to us, it is True Norwegian Black Metal. Chiseled by the ravages of time, Khold use their age, weariness, and knowledge to their advantage. Ironically, the sense of mileage traversed by Khold‘s warriors lets you know that we have arrived in 2022. Svartsyn‘s authoritative tone makes it clear that you are listening to BM’s greatest surviving heroes.

Imagine stepping into a fully-embracing straight jacket – willingly. Then having a siren pull you into a mariner’s nightmare, wherein you’re bound in tow, dragged through a flooded abyss. No breath is requitred for survival, as chasms belay a claustrophobia from within, and push out against the walls of the very life inside you. You move through consciousness, and yet awoken to caverns of what could only be described as a haven of beauty in the weightless nature of these depths. As your descent commences, equalization comes lashing through the pressure of the very matter contacting your being. The unknown beneath isn’t of concern, so much as the binds that keep you from escaping the pressure of anxieties unseen.

This sludge trio consisting of Z. Weston, John Kerr, and Z. Miller outline a true dive into an uncharted territory, with many experimental elements that have left a serious impact on how I perceive the world of heavy music. Feeling like I could have a sensation of water crushing me while listening to this insanity, was a standalone experience that I’ve never had. The ability to drive and paint a force of nature that is so uncontrollable in this fashion was a big reason as to why I enjoyed it so much. Hands down, my favorite album thus far for the year.

At the end of the day, I look for three things in a metal record: hard-hitting riffs, a lack of self-consciousness on the part of its makers, and a healthy appreciation for Dracula. And in 2022, no album has more satisfyingly served up all three of those things than Spiter‘s Bathe the Babe In Bats’ Blood. Packed with killer, catchy, memorable thrash tunes about being a horny, Satan-worshipping vampiric overlord, this record is like a dream of heavy metal, an embodiment of everything that makes the genre awesome and everything that outsiders think about it. Hail Dracula, hail Satan, hail Spiter.

If you aren’t already familiar with The Holy Ghost Tabernacle Choir, it’s time to change that.

The first proper night of the fest is a sweaty free-for-all.

Metal Sucks Greatest Hits
0 -
Today in Dream Theater Shirts: Metalhead Veterinarian Fired for Bestial*ty
0 -
Anthrax’s Frank Bello is Really Excited to Be Here, Not at All Concerned About Swallowing Bugs
0 -
Eleven Useful Tips for Local/Unsigned Bands
0 -
A MetalSucks Exclusive: Return from The Graveyard — King Diamond on His Near-Death and New Life
0 -
Phil Anselmo on Hearing the End of Pantera’s “Hollow” for the First Time: “I Was Floored…”
0 -
Incredibly Metal Six-Year-Old Girl Terrorizes America’s Got Talent