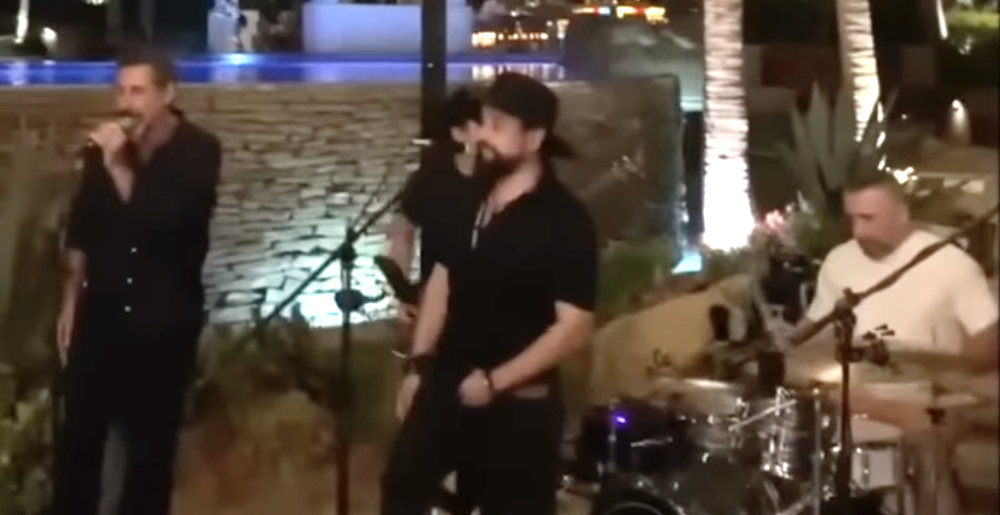 Video: System of a Down’s Serj Tankian and John Dolmayan Perform “Aerials” with a Cover Band In Mexico

Last we heard from System of a Down drummer John Dolmayan, he was telling an interviewer that his bandmates are to blame for the fact that System of a Down haven’t released a new album. Which makes this video of Dolmayan and System of a Down singer Serj Tankian performing their song “Aerials” with the cover band Médium, who were playing as part of Dolmayan’s 50th birthday party in San José del Cabo, Mexico, all the more interesting.

“Yeah, if my band members listened to me and put everything to the side and just said, ‘Okay, let’s just go in and make the best album we can make and not care about where the music comes from or who wrote the lyrics or what this person did in the past.’ I’m willing to put all that aside. I’m not in a band that’ll do that, unfortunately.

Dolmayan has spent plenty of time in the headlines recently for subjects like his unwavering support of former president Donald Trump and feelings about covid.

Dolmayan’s wife Diana is the sister of Tankian’s wife Angela, which makes the System of a Down singer and drummer brothers in law. Tankian has expressed in the past that this adds to his frustrations. Speaking to Forbes in 2020, he said:

“He’s Armenian. He’s my brother-in-law and my drummer. Is it frustrating being politically opposite to your own drummer and brother-in-law? Fuck yeah,” he said. “Of course it’s frustrating. But that’s having to do with American politics. When it comes to Armenian issues, we’re on the same exact page.”

The video of the two performing suggests that despite their fractured relationship, they still get along to some extent. Their relationship with each other at this point is almost as confusing as his linking of covid, money and the conflict in Ukraine via a Pokemon meme.

I’m sure this video will reignite the still-smoldering hopes of a full-blown System of a Down reunion and, hey, that would hardly be surprising at this point.