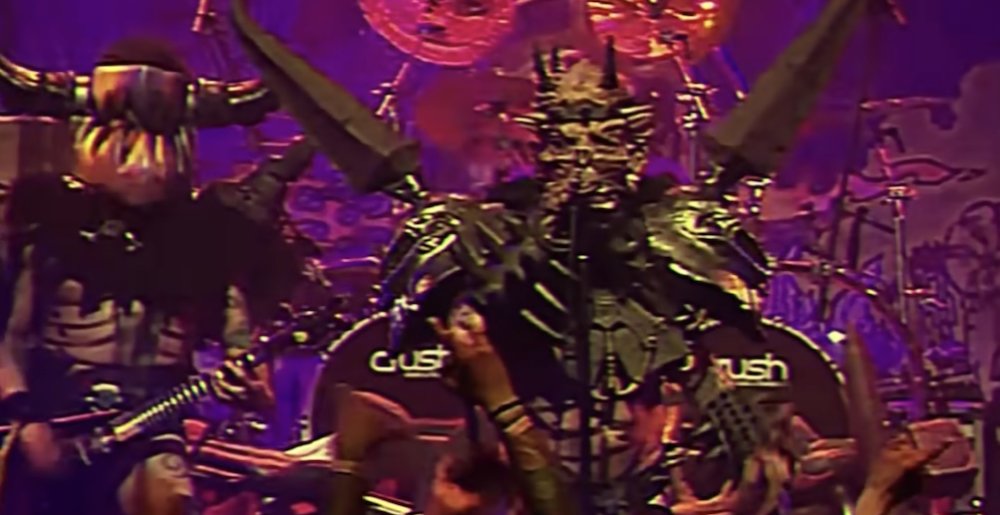 Review: This Is GWAR Is a Powerful Story of Artistic Moxie, the Dream of the ’90s, and Latex Dongs

Given the well-lubed touring machine that they are now, it’s easy to forget how GWAR started. What is now one of heavy metal’s most time-honored institutions and live rites of passage was once a scrappy art collective squatting in a former milk-bottling plant in Richmond, Virginia. But while it can be hard to see past the endless rubber warts, decapitated politicians, and alien thrash anthems that make up the band’s gore-caked legacy, GWAR’s story is a fundamentally human one, full of more tragedy, hilarity, and honesty than those of many other artists. And now, in Shudder’s new feature documentary This Is GWAR, the band’s story has been indecently exposed for the entire galaxy to see.

But in a lot of ways, the real star of This Is GWAR is the ’90s and its artistic climate. The idea of something as gross and DIY as GWAR rising to international acclaim on word-of-mouth and creative moxie alone is unthinkable today. These guys were in the right place at the right time, putting all their energy into telling the pretentious high-end art world to go fuck itself with a foam-rubber sword. That rare, beautiful spark of madcap creativity would’ve withered under the cold glare of social media and helicopter parenting. That we got GWAR when we did is a gift, plain and simple.

Of course, here I am, using lofty language to praise a documentary about artists who hated that sort of shit. Make no mistake, This Is GWAR also has tons of blood, and guts, and decapitations, and alien death penises. It’s a cornucopia of sensory overload, packed with celebrity guests paying undying homage to their intergalactic sex overlords. But while the carnage will get you through the door, what will keep you watching This Is GWAR to the very end are the people who make up this band’s history, and how relatable their stories are to us all. It’s okay to get a little misty-eyed, even as you’re being tossed into the meat grinder.

This Is GWAR is streaming now on Shudder.

The intergalactic sexlord shows you how to apply a jimmy cap.

Metal Sucks Greatest Hits
0 -
Report: “The Number of Heavy Metal Bands in a Given Country is Associated with its Wealth and Affluence”
7810 -
Does Anyone Know What the Hell Clown from Slipknot Is Talking About?
0 -
What if Black and Death Metal Albums Were Children’s Books?
9630 -
Fred Durst: Still a Moron
0 -
Oderus Urungus from GWAR Reads Goodnight Moon
0 -
This Dude Sounds EXACTLY Like Layne Staley