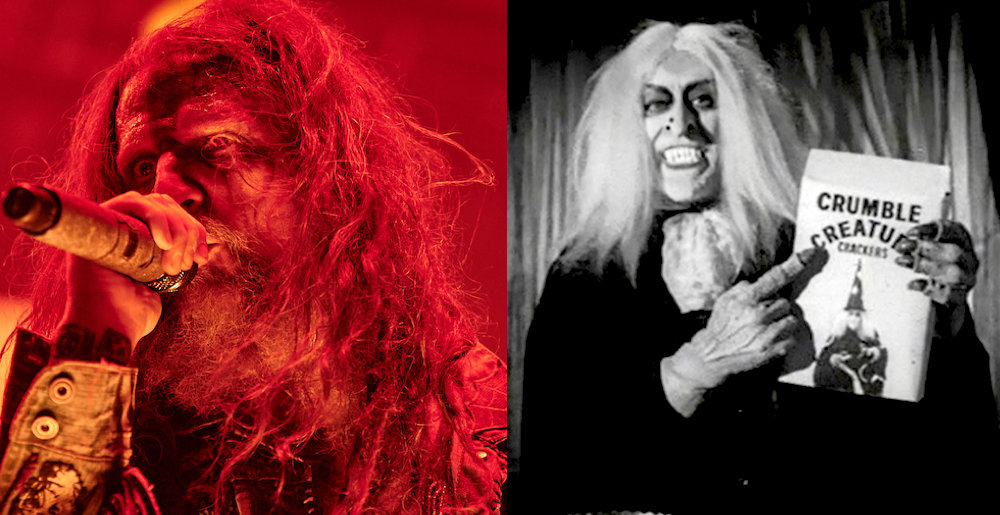 Did Rob Zombie Secretly Reveal the Villain of The Munsters?

We’re sick horror freaks over here at Metalsucks, which is both our excuse for listening to Mortician and obsessively covering every update on Rob Zombie‘s upcoming The Munsters movie. Today’s latest is a theory based off of a two-song Munsters soundtrack EP called It’s Zombo (from The Munsters).

The first song on the EP is called “It’s Zombo (The Zombo Theme)” and it’s just a spooky, surfy song with cartoonish voices and spooky keyboards, the kind of thing you would expect for a silly character who appeared briefly in the original show. The song is credited to Zombie.

Zombo only appeared in one episode of The Munsters, “Zombo,” as a TV horror host that Eddie Munster becomes obsessed with. Zombo is a lot like Rob Zombie: both are humans obsessed with horror and monsters. We haven’t seen anything about Zombie’s version of the Munsters character yet, but the It’s Zombo EP may have given us a clue to his temperament.

The second track is called “The House of Zombo” and it’s a lot darker and creepier than the first song. It features rumbling synths and a booming voice that says things like “Don’t be shy, for my beauty runs skin deep but it also goes straight to the bone!” “The House of Zombo” also features the sounds of rain, chains rattling, water running, footsteps echoing and… people screaming?

“The House of Zombo,” which is credited to Jeff Daniel Phillips, is a sprawling, unsettling soundscape rather than a rock song like the first track. Its inclusion could suggest that Zombo is a lot more important and a lot more threatening in this new imagining of the classic show, which originally aired from 1964 to 1966.

Could Zombo be the main villain or bad guy in The Munsters? The first Munsters trailer didn’t suggest much in the way of antagonists so the new EP plus Zombie’s previous track record of working with established material makes it seem pretty likely. Why else would there be a horror soundscape for a comedic character who appeared once on a TV show 56 years?

All will be confirmed or denied when The Munsters comes out on September 27.