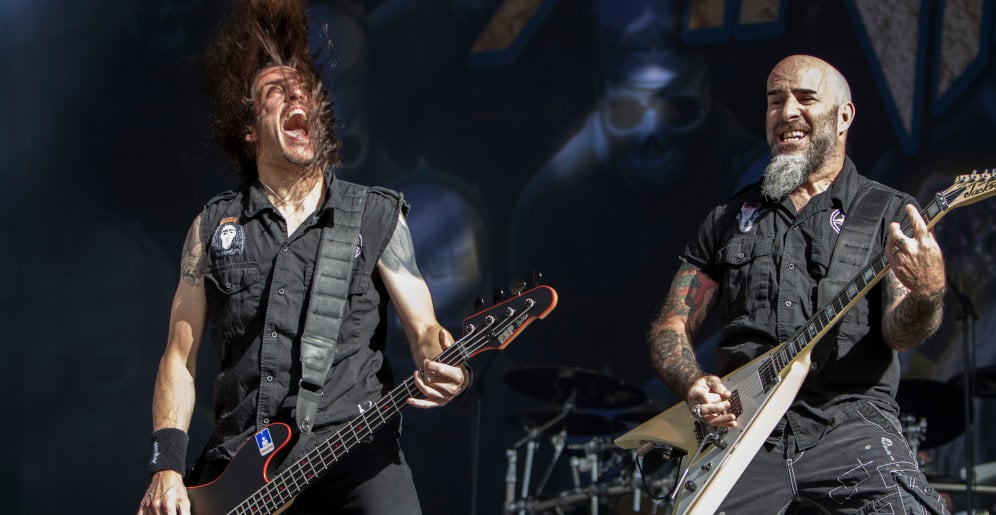 Hours before they were set to take the stage in Dallas, Texas, thrash metal luminaries Anthrax announced they were forced to cancel their upcoming set due to a “medical concern.”

According to a post on the band’s Instagram, both Black Label Society and Hatebreed are still slated to hit the stage. Refunds are available to ticket holders until 9 p.m. local time when the box office closes. In the band’s official statement, guitarist Scott Ian said the situation was especially regrettable since the band is currently commemorating four decades as a unit.

“We’ve waited so long to be able to celebrate our 40th anniversary, and are so disappointed that we won’t be able to do so tonight – frankly, it blows. Thank you for your support and understanding, and stay safe.”

Obviously, we at MetalSucks hopes everyone in the Anthrax camp recover and are able get back out there.

Anthrax and Black Label Society have been co-headlining a 24-date trek across the United States and Canada that started two weeks ago with Hatebreed in tow. As of this posting, there are no details about what caused the cancellation, nor do we know how it will affect future tour dates.

^ Not a Live Nation date.

** Hatebreed will not appear on these dates.

Metal Sucks Greatest Hits
2510 -
Rose Funeral: The Uno Incident?
0 -
Avril Lavigne Must Be Stopped
0 -
Missed Connections: You Puked at the Ulcerate Show (M4M – Brooklyn, NY)
0 -
What is the best subgenre of metal?? *please read*
0 -
David Lee Roth on Van Halen Brothers: “We Have Always Hated Each Other”
0 -
Let’s Gossip About How Much Money Famous Metal Vocalists Make