Metal Sucks
Metal Sucks How Did Ivan Moody Get Sober? By Making Alcohol His... Film Composer and Musical Icon Danny Elfman on The...
- Tweet SHARE
Enlarge
Lost in the Mosh 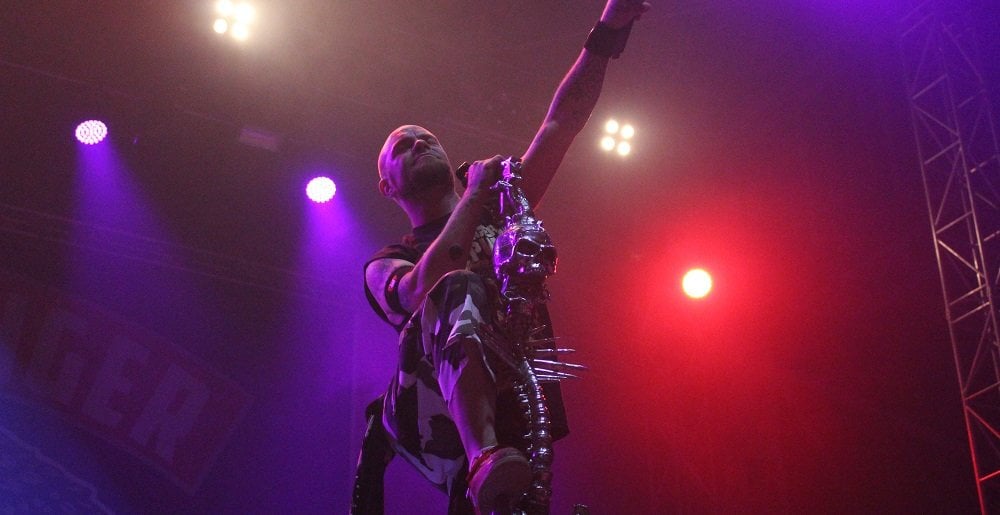 How Did Ivan Moody Get Sober? By Making Alcohol His “Worst F***ing Enemy.”

You may not remember, but Ivan Moody‘s past with alcohol was a tumultuous one, complete with on-stage blowouts and resulting in him at least temporarily leaving Five Finger Death Punch. Yet it’s been more than four years since Moody’s last hit the sauce and the band has seen a resurgence as of late.

While speaking with Loudwire, Moody said some of the best advice he ever received when dealing with his addiction came from Mötley Crüe bassist Nikki Sixx, who is himself a recovering addict.

“Nikki Sixx once told me, ‘It’s an honest program.’ That’s really fucking cheesy but it’s very, very, very true. You have to be able to identify with yourself, confront yourself and embrace the goods and the bads of yourself. You have to be willing to commit everything you’ve got to it. And when I say hate [alcohol], I’m talking worse than anything you’ve ever hated in your life. When I smell booze from across the room, I get bile in my stomach. I hate it so fucking deeply … Make it your worst fucking enemy.”

Moody also recounts moments when his addiction was particularly bad and members of his family, his closest friends, and even the rest of Five Finger Death Punch wouldn’t interact with him at all. While being replaced by Phil Labonte and Tommy Vext probably didn’t feel great from a career standpoint, it wasn’t until Moody nearly died from his alcohol addiction that he said he knew he needed to make a change.

“Just seeing peers of mine, Chester [Bennington] included, people that fought with addiction — Scott Weiland, Layne Staley… the list goes on and on. I didn’t want to be one of those headstones where people walked by and took pictures in front of it and had some lost fucking idea of who they thought I should be or was. It really came down to legacy. How did I want to be remembered? How did I want my kids to go through the rest of their lives answering for me? Not being proud of who their father was.”

To this day, Moody credits Judas Priest frontman Rob Halford and for helping him get his head on straight.

“When I was in my fifth recovery center, Rob Halford [reached out to my manager]. He said, ‘I really want to meet this gentleman, I want to know this kid. I want him to know there’s somebody out here who understands.’ When I was in this center, we got four phone calls a day, five minute intervals. I made it a point to call him once a day … That’s one of my heroes. Taking those phone calls meant so much to me, that somebody of a different status was reaching down for me and saying, ‘It’s okay, dude. We’ve been there. I’ve been there.’”

No matter if you’re rich and famous or a regular schlub, substance abuse is a hard thing to kick. If you or someone you know is struggling with addiction, call the U.S. Department of Health & Human Services’ Substance Abuse and Mental Health Services Administration’s free and confidential hotline at 1-800-662-HELP.