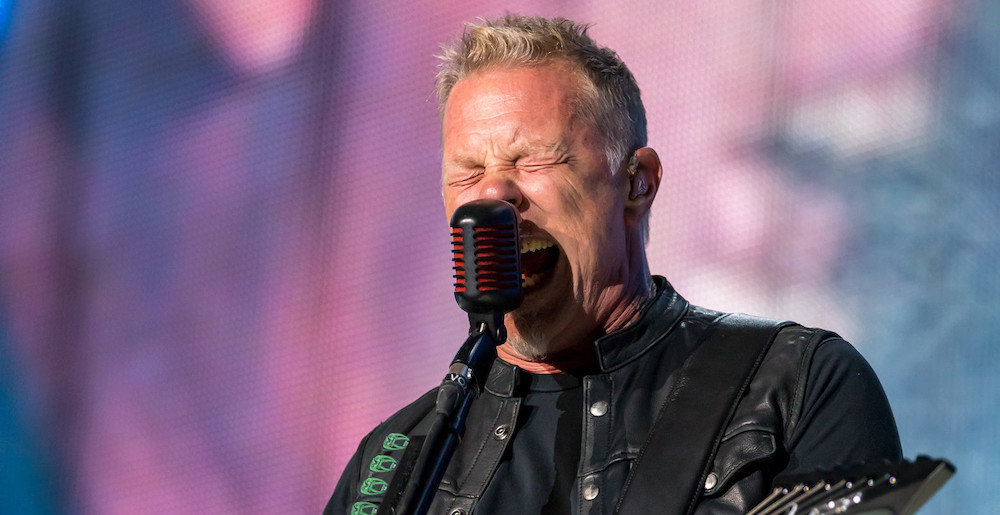 As far as rough nights on tour go, Guns N’ Roses had a lot of them — usually their fault. Riots, Axl Rose no-shows, anything was possible when it came to the Appetite for Destruction band. Shit was bound to happen on tour with thrash-innovators-turned-rock-megastars Metallica, but no one was expecting James Hetfield to get struck by the band’s pyrotechnics.

The show, which took place on August 8, 1992 at the Olympic Stadium in Montreal, featured Metallica on first, then Guns N’ Roses. While Metallica were performing, Hetfield stepped into the path of a projectile when the pyro went off and he was hit, causing Metallica to, understandably, end their performance early. In true GNR fashion, Axl later ended Guns N’ Roses’ set early and upset everyone, making it a pretty bad night for all involved.

In a new interview on the incredibly-named Appetite for Distortion podcast, pyrotechnics technician Pete Cappadocia—who was touring with Guns N’ Roses—explained what happened during Metallica’s set (via Killer Guitar Rigs).

“So Metallica is playing and I’m sitting on a road case, because Guns N’ Roses is gonna go next. And I’m playing my GameBoy. I’m playing a game, and all of a sudden, I hear this horrific guitar noise. And everyone’s like, ‘James is hurt!’ So we all run to the stage.

“By the time I got there, the medical team was bringing him off [the stage]. What happened was, the guy that was shooting it, who was their guy, used to shoot it in Europe for them… They had moved the monitors, they had moved a piece of pyro. And James walked to his spot.

“So he’s playing guitar. So he’s got his arm like this [standing up and playing], right? And so the pyro thing is right here [left of James]. So here’s the pyro and his arm was right here. And he walked to his cue to the spot as normal. They shot the pyro but then he did like a half a step.

“And he actually passed his arm so the pyro was coming up as he past arm through it. So it was like such a freak accident to happen. James stopped. So the pyro guy hit the cue, then James did that little half a step extra and put his arm right over it. And then the riot ensued.”

Cappadocia also tells the interviewer that he had worked for both Metallica and Guns N’ Roses in the past, but drummer Lars Ulrich demanded exclusivity on the joint tour. According to Cappadocia, that backfired on Ulrich.

“So I gotta call Opie, the production manager at the time. And I say ‘Lars wants to me to pick a band. And he goes, ‘Let me call Axl.’ He calls him a little while later and says, ‘How much do you want?’ And I said, ‘Well, they’re gonna give me this.’ So he goes, ‘Alright, we’ll give you that.’ And I said, ‘Okay.’

“So now I gotta call Lars and I tell him ‘Your little plan backfired and now I’m not shooting you.’ So Lars had Tony De Chacho call Opie, to confirm how much they were paying me. Then Lars calls me back to basically curse me out and calls me a traitor and whatever. And I don’t care.’”

Some days, it seems like everyone really does have a reason to hate Lars. But not Nergal, who recently shared about his relationship with the Metallica drummer.