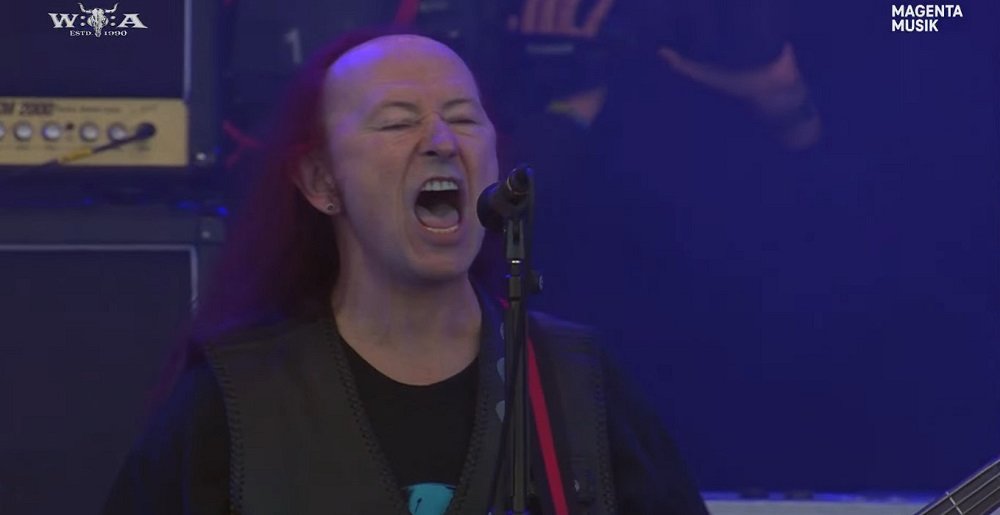 This year’s Wacken Open Air Festival may have come and gone, but the pro-shot (and sometimes not-so-pro-shot) footage of the various bands that took the stage has begun making the rounds. Earlier today, the show’s official YouTube page posted the pro-shot footage of Venom playing “Black Metal,” from the signature 1982 sophomore record of the same name.

While speaking with WackenTV, transcribed by Blabbermouth, Conrad “Cronos” Lad said the last couple years have been difficult for the band’s writing and recording process. Widespread COVID infection rates caused nearly the whole world to hunker down, regardless of whether you were an since the pandemic forced them all to keep away from one another. With those restrictions now lifted or at least lightened, Cronos said Venom is ready to fire on all cylinders.

“We had a bit of a hassle because of the pandemic; we couldn’t meet in the studio and all that sort of shit. So that knocked everything all to hell. If that hadn’t happened, the album would be out by now. But we’re just doing the fine tuning, really, and working on individual shows for now.

“Venom have never been a big touring type of band. We like to just pop up and blow the place to hell.”

To that end, the band’s next and only listed show in 2022 is slated for the Brutal Assault Festival in the Czech Republic, where they’ll share the stage with other legendary acts Mercyful Fate and Cannibal Corpse. Tickets to that show are available now.

Black Metal is considered by many to be one of the most influential black metal albums in the history of the genre. The so far unnamed album would be the first since Venom’s 2018 release, Storm the Gates. Whenever more details on the new album surface, we’ll be sure to have those for you here.

To check out the live footage, hit play on the video below. Additionally, Chronos’ chat with WackenTV is also included.

Metal Sucks Greatest Hits
930 -
The Austerity Program’s Justin Foley and the Search for the GREATEST TACO RIFF OF ALL TIME
0 -
Just in Time for Passover: Big Four Yarmulkes?!?!
0 -
And Now, Here’s a Couple of Dudes Playing Slayer on Pre-School Instruments
0 -
Has Moshing Turned Into a Form of Bullying?
0 -
Incredibly Metal Six-Year-Old Girl Terrorizes America’s Got Talent
1230 -
Loutallica’s LuLu: The MetalSucks Reviews