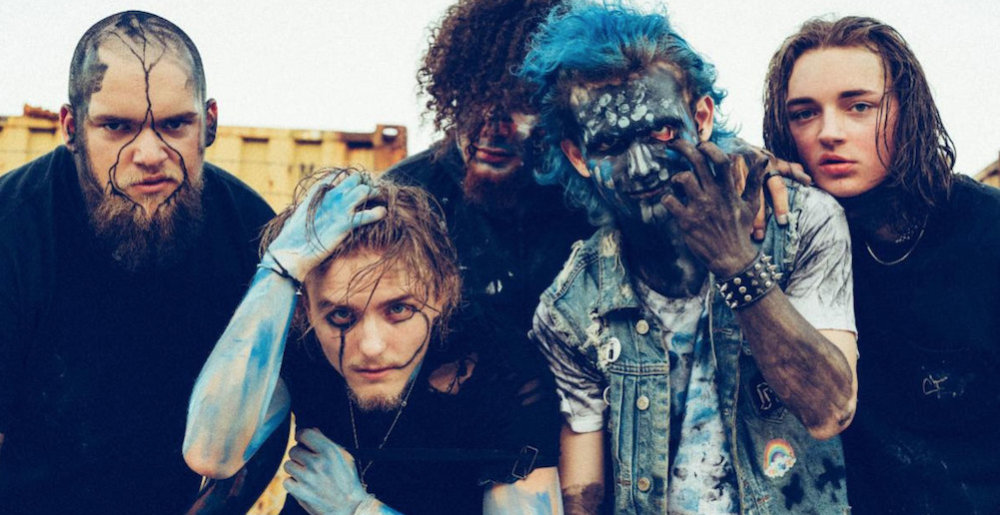 Vended Speak on Slipknot Connection: “They’ve Helped Us, but They Have Never, Ever, Ever Written Our Music”

The Des Moines band includes singer Griffin Taylor, son of Slipknot singer Corey Taylor, and drummer Simon Crahan, son of Shawn “Clown” Crahan, but they are adamant that this is their band, even if they get some help along the way. In a new interview with Kerrang, the younger Taylor and Crahan discussed the topic, with Crahan saying:

“Yeah, we got more help than other bands do and I’m honest about that. I’m not going to say we didn’t because that’s not fair to who our fathers are. They’ve helped us, but they have never, ever, ever, written our music, never showed us how to play, never showed us how to perform onstage, they’ve never done any of that. When people say, ‘Oh, Griffin’s dad’s probably showing him how to scream how he does,’ Griff is learning on his fucking own.”

Taylor received some hate online in 2021 after he spoke about his reaction to hateful comments online. In the interview, he appears to have reconsidered how he reacts to criticism online.

“Ever since last tour, and even beforehand, I kind of just shut off. I thought, ‘Either I need to accept this or I’m not going to get anywhere.’ If I just sit and dwell on this one fact that my dad’s my dad, it’s not only gonna give me a different worldview over the years, it’s just going to make me a bitter and more difficult person to work with. I just need to accept it.

“Yeah, I’m a lot like my dad – but I’m a lot like my mom, too. I can also be myself and pick the positives from both sides. All I’ve been trying to do now is create my own character, create my own personality, and try to be nice to people at least. I don’t need to be a dick 100 percent of the time, I can be just a nerd, and that’s all I wanna be right now.”

Crahan also made it clear to the interviewer that music is not a hobby to him and he takes it all very seriously. Their goals?

“Touring arenas and fucking playing in front of thousands of people, and people who are taking time out of their day to come watch us. That’s world domination. Being the biggest band in the fucking world. Touring around in a bus, arenas, and being able to headline with thousands of fans waiting at the door.”

It’s easy to shit on the members of Vended for being related to one of the world’s biggest heavy bands, but the interview seems to show a lot of growth for the teenagers. They’re currently in Europe before an American tour with In Flames.