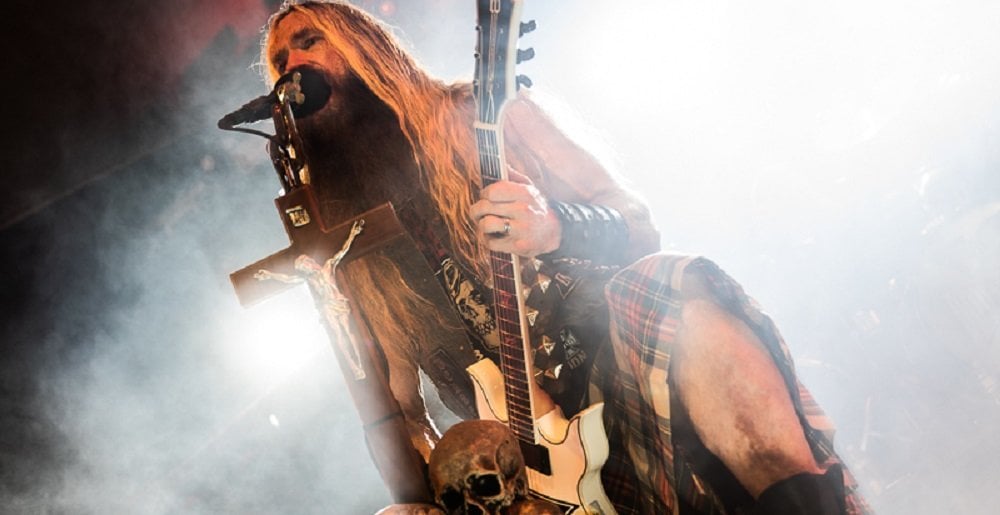 Man, to say things have been a little rocky for the Black Label Society and Anthrax co-headlining tour is becoming a bit of an understatement. After losing Anthrax to unexpected and unexplained “medical concerns” for two shows, the tour was forced to cancel last night’s entire show in Rochester, New York because the stage was “broken.”

Both headliners released a statement via their social media channels, saying that “unforeseen production issues” put the kibosh on the show.

“Due to unforeseen production issues, the show tonight at the Main Street Armory in Rochester had to be canceled by both Anthrax and Black Label Society as it was unsafe for the bands to perform.

“Anthrax and Black Label Society do not cancel shows lightly but we could not put the health and safety of the bands and crew at risk. All of the bands tonight apologize for the inconvenience and disappointment. We will be back to Rochester to rock another time.

“Refunds are available at the point of purchase starting Tuesday August 23.”

Anthrax guitarist and Mr. VH1 Scott Ian elaborated further, explaining that it was a matter of safety that ultimately stood in the way of last night’s performance.

“Rochester we didn’t want to cancel, we had to. The stage was broken, the venue did not fix it and it was not safe to continue the show. It’s shitty for you, it’s shitty for us. We’ll be back my friends, on a real stage.”

Along with show cancellations and band absences, this tour has also been the stage from which Anthrax drummer Charlie Benante agreed with a fan that people who didn’t approve of the impending Pantera shows were “stupid” and that they should just avoid the tour all together if they disagree.

Even though they lost their show in Rochester, the Anthrax and Black Label Society co-headlining tour is still ongoing, with Hatebreed also playing on most of the remaining dates. You can catch them live at one of the following dates:

Sponsored Links from Across the Internet
Show Comments
Related Articles
Metal in the Media 0
Joey Belladonna Performed the National Anthem at Sunday’s Seahawks Game
November 28th, 2022 at 10:09am Hesher Keenan