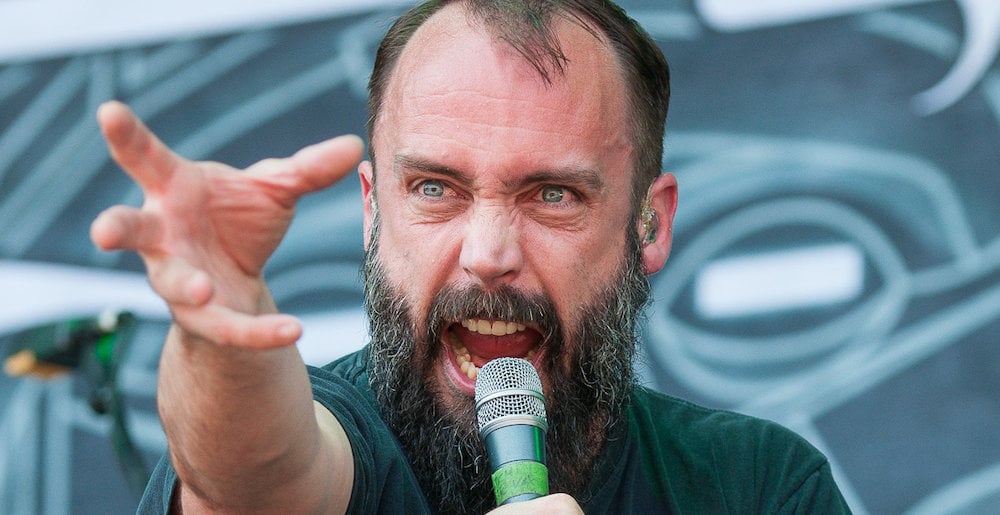 There’s no denying that the gents in Clutch are a quartet of like-minded road dogs with just one goal in mind — to rock. But what most people don’t realize is how important their long stretches on the road are to their writing process, as they fine tune and refine new songs in front of live audiences.

In a recent interview with Knotfest, Clutch frontman and expert lyricist Neil Fallon said that without the ability to play those songs live, the band were able to get a little weird with the writing and recording of Sunrise on Slaughter Beach.

“It was a little odd for us to record this record because we’re used to being able to do these songs live. For obvious reasons we weren’t able to do that, but that did give us a bit of flexibility in the studio to try things that perhaps we wouldn’t have otherwise. There’s a lot of instrumentation that [is] atypical of Clutch, like for example vibraphones, theremins, [and] backup vocals. It’s a short record.

“It’s nine songs, maybe 35 minutes thereabouts. We recorded more, but we just thought we wanted to make something that was just right to the point [where] every song kind of represented a different flavor.”

If the final product is in fact less than 40 minutes long, it would make Sunrise on Slaughter Beach the band’s shortest studio effort since their 1999 release Jam Room.

Fallon did however say the band recorded more songs than they actually used on the new record, but that the songs they chose for the new album were chosen for their “flavor.” Who knows if those songs on the cutting room floor will see the light of day in a separate release down the road?

Here’s hoping they will.

Sunrise on Slaughter Beach will release on September 16 and is available for preorder via Weathermaker Music.