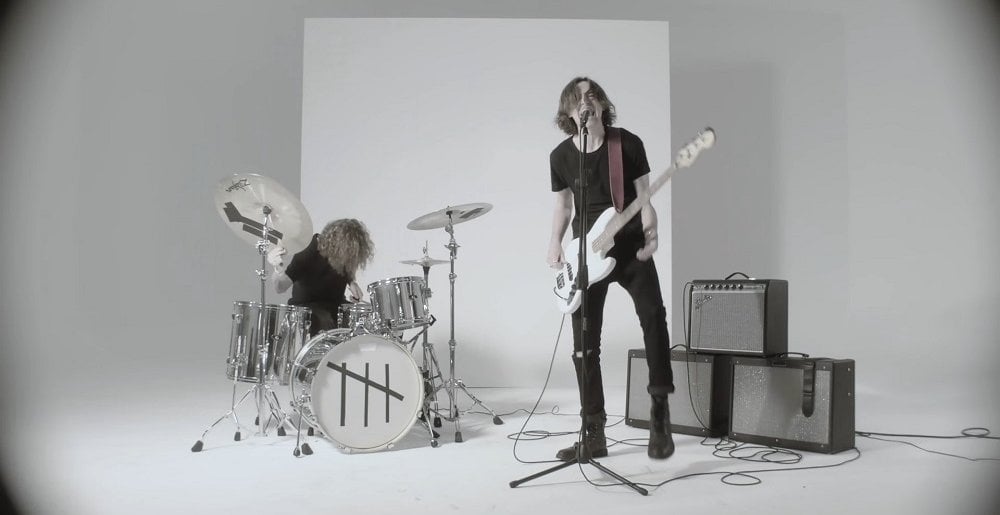 Lars Ulrich’s Sons Are Putting Out an Album

The progeny of Metallica drummer Lars Ulrich are putting out a debut album this November and the first couple tracks sound alright. Taipei Houston, the band featuring Myles (drums/guitar) and Layne Ulrich (bass/vocals), are set to release Once Bit Never Bored on November 3 via C3 Records.

Formed when the brothers came back to their childhood home during the pandemic, the fledgling duo released their debut single “As The Sun Sets” to some fanfare earlier this summer. Coinciding with the album announcement, the band put out their second single “The Middle,” which you can check out below.

Speaking as a band, both Ulrich sons claim their band is about originality and dealing with modern crises — so like nearly every other rock band before them.

“To us, Taipei Houston is about going against the grain in every aspect. We live in a time that is ripe with extremely difficult and confusing challenges. Technology grips the world more and more, politics have become so polarized, we are heading towards climate disaster. This music is born and bred out of the contemporary, buzzing digital anxiety we all experience, and how we can try to escape those feelings – even for a second.”

It’s going to be hard for these two to get out from under their fathers’ shadow. And while other rock star kids have done everything they can to try to distance themselves from their fathers’ work, it’s probably an impossible task.

Still, it’s gotta be nice to have a leg up in getting noticed. How many bands out there would kill for a visualizer music video, let alone the chance to go on tour with the fucking Melvins?!

Once Bit Never Bored will release on November 3 and is available for preorder via C3 Records.

Lost in the Mosh 0
Behemoth Vocalist Nergal on Friendship with Lars Ulrich: “He’s an Amazing Human Being”
August 3rd, 2022 at 10:08am Em Shadows

He also talks blasphemy and pushing the boundaries.