Metal Sucks
Metal Sucks Randy Blythe to Future Vocalists: You Have to Be Willing to... Look Out, Sin City! Sacred Reich Will Tear It Up This...
- Tweet SHARE
Enlarge
News 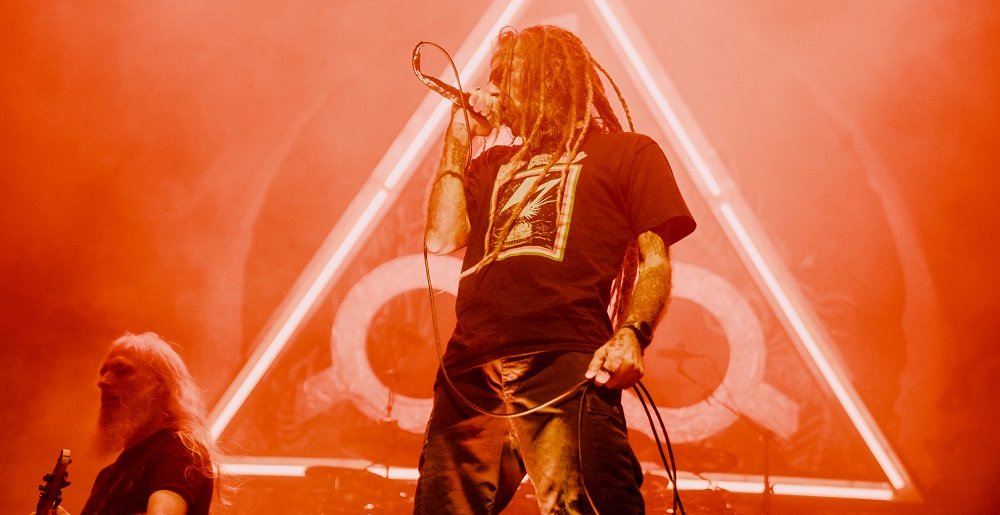 Randy Blythe to Future Vocalists: You Have to Be Willing to “Make an Idiot Out of Yourself”

It takes a copious amount of balls to stand in front of people and do literally fucking anything. Speaking, telling jokes, or killing it on stage in a band takes fortitude and according to Lamb of God frontman Randy Blythe, a little bit of self-deprecation.

While speaking with fellow frontman Jesse Leach of Killswitch Engage and Matt Stocks during a recent episode of the Stoke the Fire podcast, Blythe admitted that while there are way better singers than him out there in the world, real professionals have something a little extra in the tank.

“There are guys in their closet with their YouTube rig or in their garage who can outsing either fucking one of us. There is no doubt about it, man. They have more talent, natural talent, in their little pinky than either of us. But the difference is… I think one of the main requirements to be a frontman, a good frontman — actually, the only requirement, probably; I mean, you’ve gotta have some talent — is a willingness to get up in front of people and make an idiot out of yourself and be really bad for a while until you become good.

“…. [T]hese people with all this natural talent, it doesn’t fucking matter unless you can get in front of people and do it, and you have to do it with a group of people; you have to feel that bond; you have to deliver.”

Thanks to the advent of YouTube, the world can more easily access insanely sick vocal performances at a moment’s notice. Some people make a killing on that platform using their vocal talents to catapult themselves to internet fame and real-life riches.

But the thing that stands out the most between what they do and say what someone like Blythe or Leach do is stand in front of thousands of screaming fans and command the audience. A good frontman, whether they’re “the best frontman of all time” or not, can get people to move with them and react to the music. Blythe is a master of this and you don’t really get that sense without attending a Lamb of God show.

All power to the people making it out there in YouTube, but they get the benefit of editing software and multiple takes, while the men and women that put it all out there on stage do it live and only get one shot at impressing a crowd. And that takes a whole hell of a lot of balls.

As for Randy and Lamb of God, they’re on the cusp of releasing their latest album Omens on October 7, which is available for preorder via Epic Records.

They’re also currently on tour with Killswitch Engage, Baroness, and Suicide Silence. Later dates will have different supporting acts, so check to see when they’ll be performing live at a venue near you.

Lamb of God w/ Killswitch Engage, Motionless In White, Fit For An Autopsy

Lamb of God w/ Killswitch Engage, Animals As Leaders, Fit For An Autopsy

Metal Sucks Greatest Hits
370 -
The Top Ten Worst Hair Metal Band Names
0 -
Worst Year Ever: All of Our 2012 Year-End Sh*t in One Place
0 -
Footnotes: A Handy Catalog of Every Song from Which Avenged Sevenfold’s Hail to the King “Borrows”
7810 -
Does Anyone Know What the Hell Clown from Slipknot Is Talking About?
0 -
L.A. Band Threatin Faked a Fanbase To Land a European Tour No One Attended
300 -
Free Download for Your Listening Pleasure: NYC Sucks, Volume 2, Featuring The Best of New York City’s Metal Scene