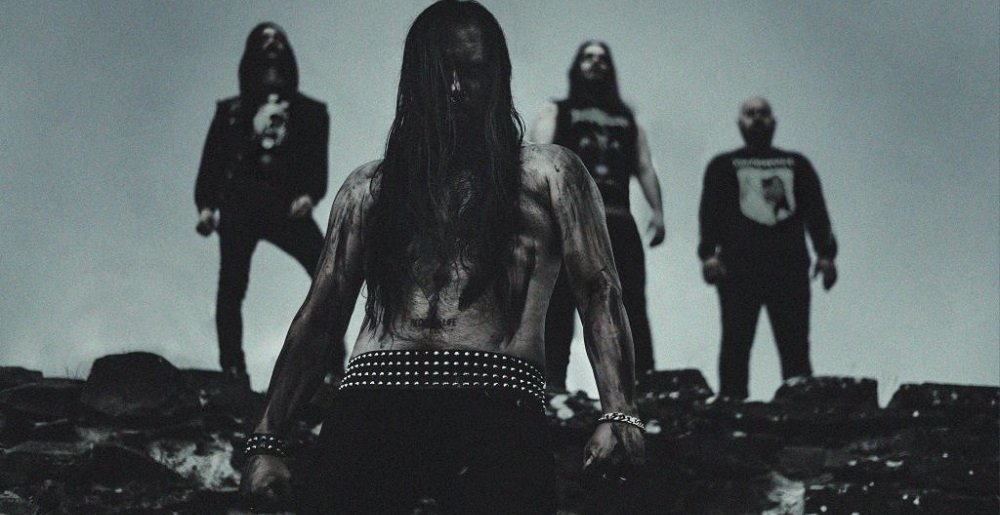 Black metal has a storied history that goes far beyond the frozen fjords and ageless forests of Scandinavia. Following its early years, the genre’s grown exponentially around the world, from American indigenous solo acts to the dark misanthropic sounds produced by Italy’s Hierophant.

With their new album Death Siege released late last month via Seasons of Mist, we asked Heirophant bassist Fabio Carretti to share some of his favorite — albeit obscure — black metal albums that most people may not have heard of.

So without further ado, here’s Fabio:

As far as I can remember, black metal has always been my favorite type of music. I mean, how can you not love all the darkness, evil, coldness, speed, and fierceness involved? You know — all the good stuff.

That being said, I’m normally not the type of guy that’s just blasting super underground music nobody has ever heard about. I don’t instantly recoil and complain the second a bigger band hops in the player, either.

As fans of black metal, we’re all intimately aware of the well-known records that we’ve already been listened to a million times. There’s no reason to talk about those any further; so that’s why I wanted to dig a little deeper into the abyss and share with you all some albums I’ve been listening to, and that you might have never heard about.

As a teenager, The Legion were by far in my top five bands. I can clearly remember when Revocation came out back in 2006; I was completely overwhelmed.

It’s definitely not an easy listen, but I think they got more riffs in one song than we have in an entire record, so I’d say it’s something you have to focus on while listening.

Songs are on Ancient God of Evil are massive and wicked, but with timeless melodies that still give me chills even after endless plays.

Also, if you’re an Iron Maiden fan as much as I am, give it a chance even if you’re not into black metal at all. This record is gonna play the right notes for you.

This may be one of the best black metal records of all time.

We’re talking about a whole different thing here; this record goes beyond genres and musical styles.

You can find melodic yet grim vocals, skull-crushing guitar outbursts, acoustic interludes, and unbelievable progressions that make you understand in no time how Keep of Kalessin’s songwriting is bold and unique.

The Unborn is a devoted tribute to Swedish black metal, far from the experimental shores visited by Keep of Kalessin. Frozen are not telling us anything new, but still are capable of superb songwriting and mesmerizing melodies.

This record is definitely a hidden gem for Swedish BM aficionados.

Endtime Divine is just what you could expect from a Swedish black metal band. Malignant riffs, infernal leads, intense and fast drumming, hellish screams; and that’s what we got here.

This band is criminally underrated and this album is definitely a classic black metal anthem.

Memorable moment: “Subterranean” melodies come from the abyss and crawl under your skin.

I personally love to death every single thing Tribulation have released throughout their career, enjoying every incarnation they pursued. But here we’re talking about black metal records, so I thought bringing The Formulas of Death on the table was appropriate.

No matter if the Swedish wind blows loudly in their sound, songwriting is extremely personal and there’s not way you won’t recognize Tribulation’s touch even on a single guitar riff.

Into the Macabre – Necrodeath (1987, Nightmare Productions)

This can’t really be classified as “black metal,” but at the end of the day black metal was hardly a thing back then. Still, I’ve always felt that this is one of the records that placed the first stones that would shape this genre.

I remember like it was yesterday when I bought this record in the second hand section of my hometown’s local record shop; I picked it up intrigued by the cover art (I gotta say, I do this pretty often) and I played it in the store’s CD player. I immediately felt for it.

The music might be classified as thrash metal with endless evil moments and obscure vocals, but you can really get the feel of where things were headed.

This is a hellride at full speed; you have no choice but to succumb to this feral beast. Unio Mystica Maxima is 45 minutes of uncompromising brutality that takes no prisoners.

This record has one of the most freezing sounds I’ve ever listened to, which definitely goes in the “pros” bucket when you’re dealing with a black metal album.

Atmosphere gets more suffocating after every song, leaving no room for taking a breath after every frontal assault Nefarium delivers.

Memorable moment: ”Thirty Coins of Judas” has a devastating closing part. You won’t be disappointed.

Handful of Hate are one of those bands you’ll 100% know and have likely heard about if you’re Italian, but that unfortunately maybe didn’t really reach a wider audience beyond the Alps; and this is just a loss.

Vicecrown is a savage display of rawness, in your face and without any breaks.

Memorable moment: The main riff in “I Hate” is iconic.

Metal Sucks Greatest Hits
710 -
Metta Mind Journal with Cynic’s Paul Masvidal: Hair Identity and Being Yourself
0 -
Editorial: Slayer Should Become Professional Songwriters
0 -
Rigged: Jeff Loomis
3550 -
The Real #1: Mastodon – Leviathan
0 -
New Candidate for Most Metal Wedding Ever: Bride and Groom Shred Down the Aisle
0 -
Twelve Reasons Babymetal are the Single Best Thing to Happen to Metal in the Past Decade