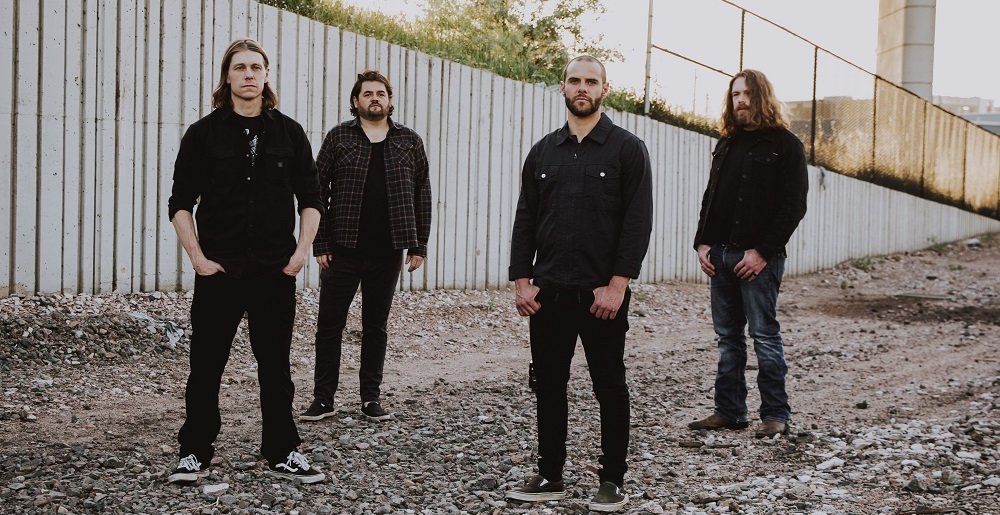 Exclusive: Abrams’ Zach Amster Breaks Down the Band’s New Album In The Dark

Fridays are a big day for new music releases and we’ve got a special one here today that you’re absolutely going to want to check out. Abrams‘ latest offering In The Dark is the band’s fourth full-length studio album and damn it, it’s a doozy.

Into The Dark gets right to the point as an in your face sludge/post-metal package that just goes the moment you hit play. Over the course of roughly 45 minutes, this record grooves, gets heavy, hits you with some tasty hooks, and even gets a little personal in a way that nearly everyone can relate to.

So when we were approached to have the band break down each track like a director would provide commentary on their film, you bet your ass we were thrilled with the idea. And that’s exactly what Abrams guitarist and vocalist Zachary Amster did. If you’ve ever wanted to listen to an album and read a snippet of where the idea from the track came from, read on.

But you’ve heard enough from us already. Enjoy your deep dive into Abrams’ Into The Dark.

“Like Hell” was a no-brainer decision for us when it came to choosing what song should lead off the record. It’s one of our heavier songs that grabs your attention from the get-go. There’s a little something here for every rock fan—hooky vocals, heavy riffs, pounding drums, and even some HM2 (distortion) for those metalheads out there.

I’d like to think that if Queens Of The Stone Age played on Trap Them’s guitar rig, you’d get this song.

Lyrically, I took a lot of inspiration from the pain and sickness I was going through when I contracted COVID. It knocked me on my ass. Not only did the disease physically put me down, but it was just as tough mentally. The sonically dark and sassy vibe of the song pairs well with the lyrical theme.

This one’s got some of my favorite drumming from Ryan [Dewitt], who absolutely rips through the bridge in the out of nowhere noise rock-esque turn.

Most of my lyrics are pretty ambiguous and open to interpretation. A lot of the time it’s hard for me to decipher what I am going through when writing. “Better Living” is more of the opposite. It’s right on the nose, for me at least.

Generally, it’s about getting too comfortable with certain routines — and not particularly healthy ones. Knowing full well in the back of your mind that it’s time to pack it all up, but routine is comfortable and change is terrifying. Maybe it’s not as open to interpretation as I initially thought!

Anyways, this is one of my favorites with the most epic bass line and guitar leads throughout the hooky vocal melody.

At 2:59, “In The Clouds” turned out to be one of our most to the point songs to date. The thunderous bass tone paired with the pounding drums are some of the tastiest and heaviest sounds on this record. There are hints of Soundgarden blended with the fuzziness of major key titans Torche. Think if “Jesus Christ Pose” was on Torche’s Harmonicraft. The climactic drop at the end of the song is probably my favorite moment on this record.

I’ve got to be honest, I have no idea what this song is about lyrically. Sometimes, it’s a math equation when I’m trying to write a vocal melody.  You kind of hum a melody that sounds cool, find a couple of words to play with and just go from there.

We had a lot of fun in the studio with this one. Our engineer, Dave Otero, created some sick sounding drum samples over the pre-chorus leading up to an explosive chorus. This song also features some of my favorite guitar tones on the album with that crunchy Jazzmaster twang.

Sponsored Links from Across the Internet
Show Comments
Related Articles
Music Premieres 0
Exclusive Album Stream: Hath Tear Bring Down the Roof of the World On All That Was Promised
March 1st, 2022 at 11:00am Emperor Rhombus

Listen to the new album by New Jersey’s kings of apocalyptic death metal.

Exclusive 0
Exclusive Album Stream: Norna (Breach, The Old Wind) Bury You In Shadows On Star Is Way Way Is Eye
February 17th, 2022 at 11:00am Emperor Rhombus

Listen to an advance stream of the new album by the blackened sludge crew.