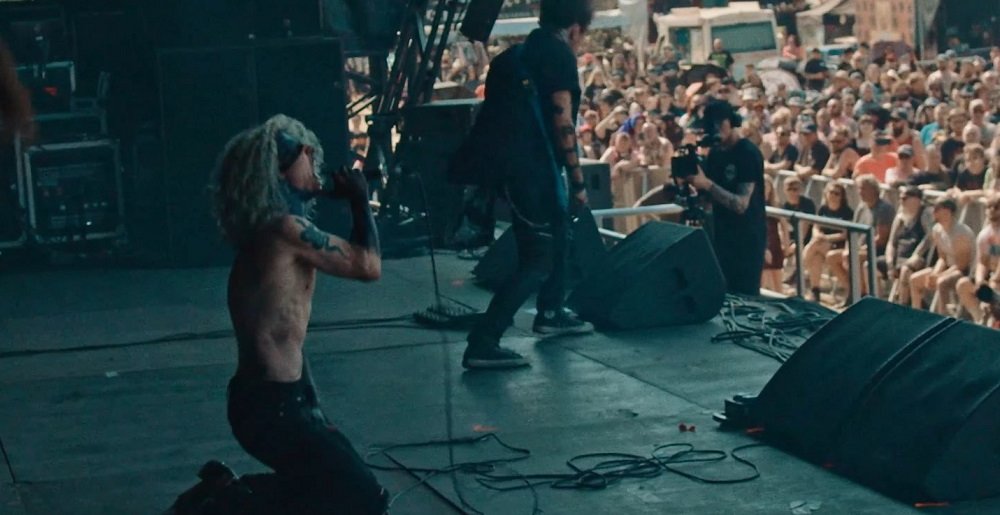 Vended Unleash a Ripping Live Performance of “Ded to Me”

For a while now, we’ve been talking about Vended, the band that features Corey Taylor‘s son Griffin and M. Shawn “Clown” Crahan‘s son Simon, and a lot of the conversation has been exactly about that — their relationship to their fathers and the band Slipknot.

Earlier today, the band sought to change the narrative for good by posting an official music video that puts their live effort front and center. Footage for the music video was taken while the band opened for Slipknot earlier this year. The track, “Ded to Me” is a groove filled, heavy affair that really shows they’ve got the chops to put it all out there on stage.

While they may not ever truly exit their fathers’ shadows, simply based on the legacy that Slipknot’s carved for itself for so many years, it’s easy to see where this band could eventually end up. Griffin’s vocals are awesome, Simon’s double bass work is meticulous, and the overall track feels like it’s sure to get crowds moving for the foreseeable future.

Seriously, I think it’s time we start toning down the “Slipknot’s kids” rhetoric pretty soon. Especially since the band will be heading out on the road with Jinjer, P.O.D., and Space of Variations late next month. If you want to see if Vended’s the real deal (I think they are), then look out for the tour dates below.