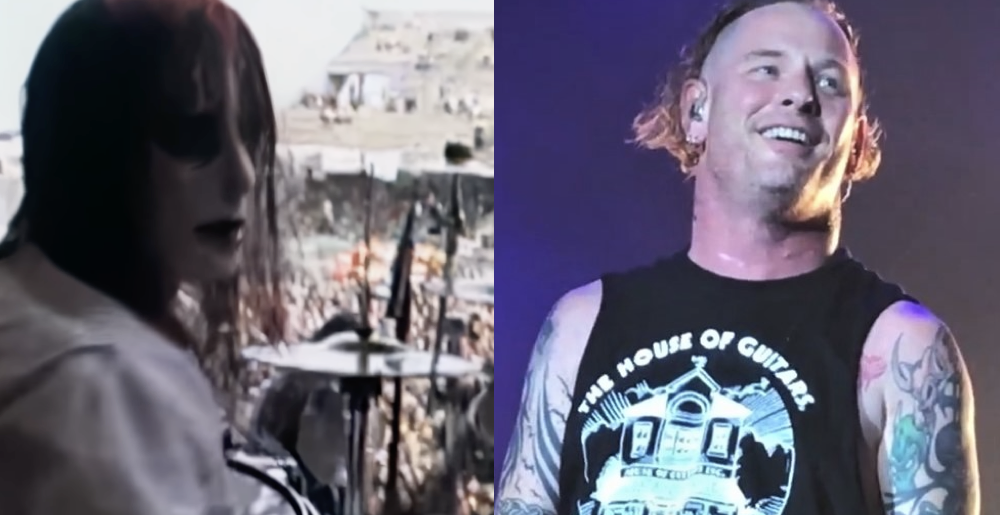 Corey Taylor on Late Bandmate Joey Jordison: “He Was One of the True Musical Geniuses”

The loss of former Slipknot drummer Joey Jordison was a big one; more than a year later, it’s still hard to believe that the larger-than-life musician will never bang the skins or pick up a guitar again. Though he wasn’t in Slipknot at the time of his passing, Jordison’s death had a profound impact on his bandmates, like singer Corey Taylor.

Jordison parted ways with the masked nonet in 2013 under less-than-cordial terms. In an interview with Apple Music’s Zane Lowe, Taylor spoke honestly on their relationship and his feelings about Jordison (via Blabbermouth).

“As you get older, you just start to appreciate what you do have and you lament the losses. You lament the fact that you never had to truly make peace with the people who you lost. And that’s something that I’ve been doing just in my own life, is reaching out to people who I haven’t talked to in a while and really burying hatchets because that shit will just fucking weigh you down.

“Me and Joey, we had talked over the years every now and then — it would just be random — but we never said to each other what we needed to say to each other. At least I didn’t say it to Joe. But that was the complicated thing about Joey, was the fact that he was so many different people in one person, but it was hard to kind of get a beat on what was going on at any given time. He had demons that would’ve killed normal people. He was one of the true musical geniuses I’d ever met. He was just complicated.

“Everybody likes to sugarcoat a lot of shit after the fact, but you don’t realize that what you’re doing is you’re dehumanizing them. And I can’t do that because I fucking lived with these guys. And the goddamn tragedy of it is that we did everything we could to try and be there. Not only for him, but for Paul [Gray]. I mean, we would rally and we would rally and we would rally, and it’s just a shame, man. The world is less cool without him in it.”

The singer is definitely right about one thing: the world at large is less cool without Jordison in it. Slipknot’s new album, The End, So Far is out tomorrow.