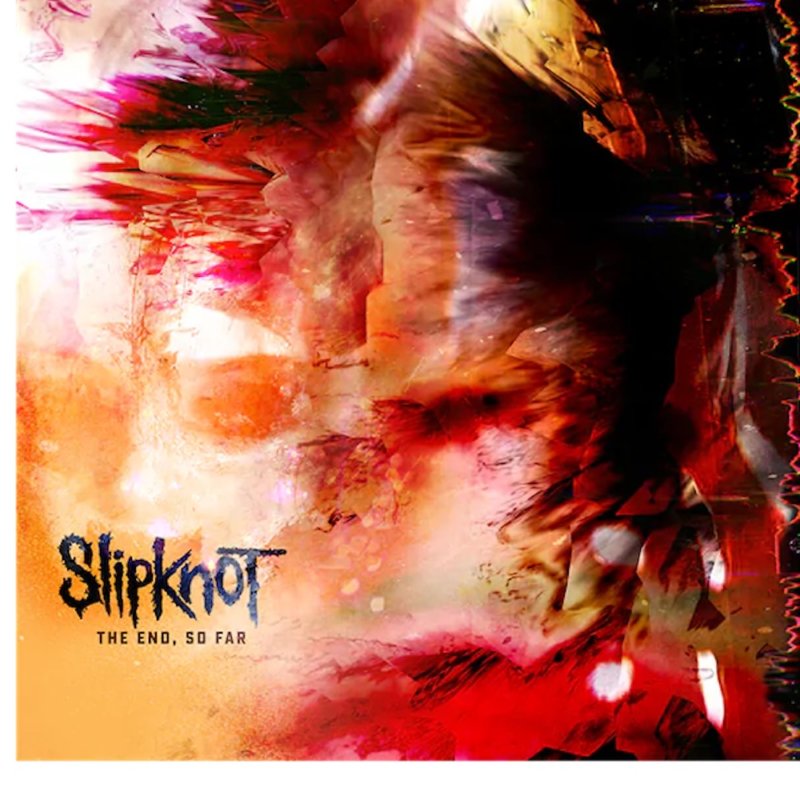 Review: Slipknot’s The End, So Far Ushers in a New Era

For a band who have cemented their image on the back of shock and awe tactics and imagery, almost nothing in their storied past seems to have raised more alarm within the Slipknot fanbase than calling an album The End, So Far. Slipknot themselves were quick to call any talk of hanging up the masks premature, granted, but the very idea that such a mainstay of the broader side of the metal scene might be coming to a close was tumultuous enough to shake a few dead birds out of the ol’ huffing jar.

Even if this were to be the final act of carnage cooked up by the infamous Nine, however, it couldn’t be seen as any sort of pandering, overly familiar farewell. The End, So Far is as challenging and engaging as anything the band have released, a sonic smorgasbord of everything that the players have learned in the last thirty years to beat us over the heads with.

To prove that point, the opener “Adderall” is as delightful a treat as it is brain bending-ly contrary to anything you’d expect. It’s a hefty dose of intermittent sound and drowsy, effect-riddled vocal work that is executed to perfection for messing with heads; there’s nothing in the back catalogue that is even close to it in terms of sheer experimentation. It sets up the question of “what are you expecting from us,” and then the rest of the album proceeds to never answer that. Despite the apparent detours in style, we get everything from the crooning, blues-meets-grunge weirdness of “Acidic” to the slow burn creepiness of “Medicine for The Dead” as casually as if it were any other day for Corey Taylor and co. It’s a defiant statement that this is who the band are now, unbridled and free of pretense.

That’s not to say that there isn’t plenty of familiar ground among the new map markers. “The Dying Song” and “Chapeltown Rag” are certified demolition jobs that are full to the brim of Slipknot’s brand of aggression; “Chapeltown Rag” in particular channels what now feels like a far-past time of truly brutal, Iowa-era chaos. “Yen” turns down the heat to a racy simmer in that classic “Vermillion” style that feels both hauntingly familiar and remarkably different all at once, while “Warranty” delivers a body punch mix of battering nu-metal-isms with a huge, soaring middle that veers closer to ethereal than guttural with its choir infused bridge. It’s all, as usual, technically exquisite stuff. Whether it’s rampaging guitars and hammering drums or quartets of strings and angelic harmonies, it all gets equal love and attention in the mix.

Whether or not this last outing on Roadrunner spells out more in terms of other separations, The End, So Far sits comfortably in the knowledge that it is as solidly Slipknot in every which way as it could be. The blend of the raw energy and quasi-violence of the band’s heyday with more prominently modern versions of their own brand of flair is an excellent way to usher in a new era while keeping the core intact. They might not be the Slipknot you grew up with anymore, but there’s no doubting this version is here to stay.