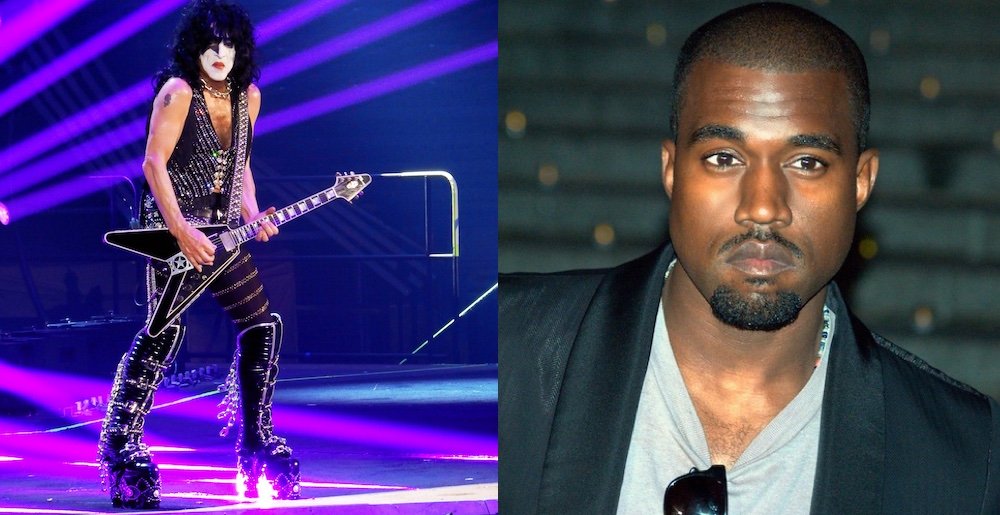 Rapper Kanye West recently made headlines after an interview on NewsNation’s show ‘Cuomo,’ where he said that does not “believe in” the term antisemitic and referenced a “Jewish underground media mafia.” Kiss frontman Paul Stanley, who is Jewish, responded to the interview by tweeting a screenshot along with the following message, echoing a similar social media post he made last week:

“If you saw someone on the street who was clearly disturbed, speaking nonsensically and spewing hate speech WOULD YOU INTERVIEW THEM ON TV?? This is a dangerous, self-serving version of click bait that legitimizes the ravings of someone who’s mentally ill. We all deserve better.”

Stanley clarified in a second tweet that he doesn’t support the silencing of views but he does feel that not every opinion should be given the same weight.

“Let Me Be Clear. I don’t advocate ‘silencing’ views. Everyone has the right to speak their opinion but not everything that happens or is said deserves the same coverage. Televising or putting in print someone’s views needs to take into account the credibility of the speaker.”

To his credit, host Chris Cuomo did not let the rapper, who goes by Ye, slide on his comments, telling him that he was drawing connections that are not actually there.

“Look, there is no Jewish media, cabal, mafia. That is a figment of either your imagination or a projection of a prejudice. You may have had bad business dealings with people — it’s about those people. It’s not about their religion or faith. And I know that you’re intelligent and understand that when you target people because of their faith, other people may do so the same.”

This isn’t the first time that Kiss have offered their opinions on Ye. Earlier this year, when discussing Ye’s behavior toward ex-wife Kim Kardashian and her then-boyfriend Pete Davidson, Gene Simmons said that “if everybody misbehaves, they get bitchslapped.”

Sponsored Links from Across the Internet
Show Comments
Related Articles
Worst Week Ever 0
Paul Stanley Calls Out Kanye’s Bulls*it, Zakk Wylde Hasn’t Learned Any Pantera Material Yet, and More Top Stories of the Week
October 22nd, 2022 at 10:08am Hesher Keenan