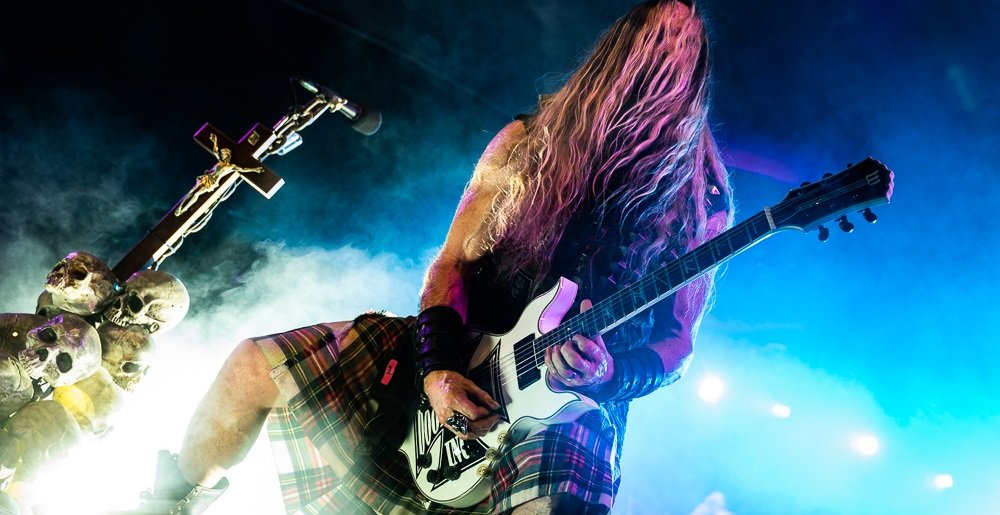 Zakk Wylde Says Pantera Shows Are Not a Reunion: “It’s a Celebration of Pantera and All the Mountains They Conquered”

The most-frequent comment on any Pantera-related post right now is that “it’s not a reunion without Dime and Vinnie!” In a new interview with Ultimate Guitar, Zakk Wylde—the man filling in for the late Dimebag Darrell with substitute drummer Charlie Benante in Vinnie Paul‘s place—said he agrees that it’s not a reunion but rather a celebration of Pantera and their achievements.

He discussed how the decision to play shows under the Pantera banner came to be, stressing that he wants to honor Dimebag and make the performances about him.

“The fellas… There was always word about that going around. And I just always said, ‘That’s up to the guys.’ It’s almost kind of like, the way I always viewed it, if Mitch Mitchell and Noel Redding called up Eric Clapton because Eric and Jimi, they’re all friends. And they’re just like, ‘Eric, we’re gonna get together, and we’re gonna go honor Jimi. Would you sing and play Jimi’s stuff?’ Of course Eric would do it. I mean, that’s his buddy. Of course, I would do it.

“It’s like, ‘Zakk, would you ever do it?’ It’s like, ‘Well, of course I’m going to do it. Why would I not?’ I’m going to do best job I can, obviously, but that’s not my decision, that’s the guys. Back in the day with Vinnie, there were discussions, and then, after Vinnie passed away, I didn’t think anything would ever happen. I remember Phil [Anselmo] called me one night, and was like, ‘Zakk, me and Rex [Brown] would really love it if you would honor Dime.’

“And I was like, ‘Of course, guys, I would always be here to honor Dime and all your achievements.’ The way I looked at it – It’s just a bunch of friends getting together, honoring their buddies, you know what I mean?”

As for it not being a true reunion? Wylde agrees.

“It was so funny, because somebody was like, ‘It’s not Pantera!’ Of course it’s not Pantera. [laughs] It’s Phill, Rex and two of their buddies getting together to honor Dime, Vinnie and all their achievements. It’s a celebration of Pantera and all the mountains they conquered. It’s the way I look at it.”

Recently, Wylde implied that he hadn’t started to learn the songs in the Pantera setlist yet. The interviewer brought up the topic, to which Wylde replied that he’s studying the music similarly to when he studied Black Sabbath songs to play in Zakk Sabbath.

“It’s just sitting down and working on it. When we do these Zakk Sabbath songs, I have to sit and learn all of Lord Iommi‘s parts. Learning all Dime’s parts, even just the writing alone, the chord choices he chose — I would have never done that.”

Metal Sucks Greatest Hits
0 -
Exclusive Interview: Lamb Of God Drummer Chris Adler on Randy Blythe’s Imprisonment, Upcoming Tour and the Future of the Band
0 -
Op-Ed: When Did Slayer Start to Suck?
0 -
Review: Megadeth’s Super Collider is a Super Catastrophe
2760 -
Who Are The Top Ten Lyricists?
0 -
Exclusive Interview: John Baizley of Baroness on the Bus Crash, Recovery and the Future
0 -
The Black Dahlia Murder’s Trevor Strnad Rants Against Music Pirates