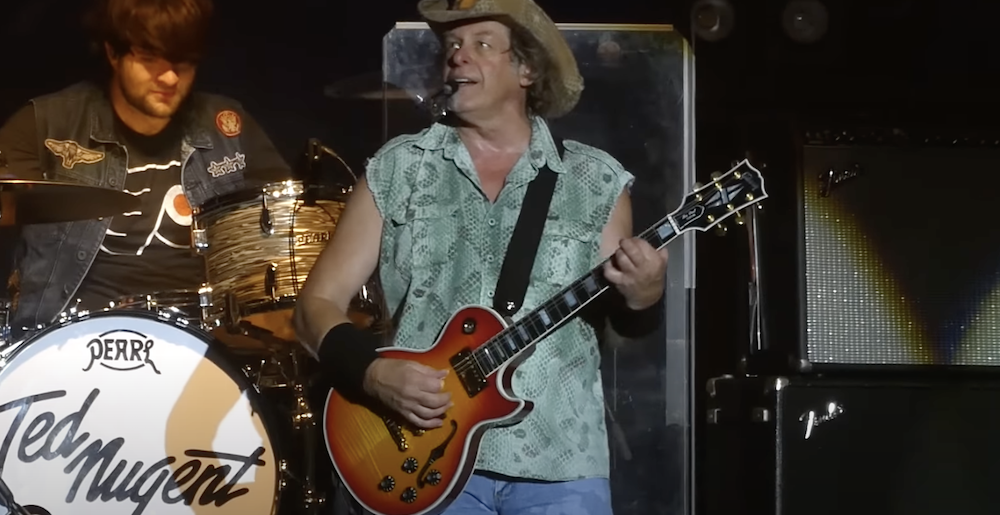 I’m not sure if Ted Nugent has taken a look at the members of Pantera, Motörhead and the Ramones but I’m guessing not, based on a new interview with HMP (transcribed via Blabbermouth) where the guitar legend and conservative commentator observed that those three artists’ versions of his songs are “too Caucasian.”

“I’m an honest guy. Number one, [I] love Lemmy, love Motörhead. And I’m humbled and honored that they would pick one of my songs — that’s a great connection that we have. But that’s not how I hear it. [Laughs] The ‘Cat Scratch Fever’ lick — no one’s ever played it correctly… They played it real Caucasian, and if that’s what they like, God bless ’em. And the people that liked it, I love all of you. But when I hear ‘Cat Scratch Fever’, I hear more of a Motown grunt. And like when the Ramones played ‘Journey To The Center Of The Mind’, my Amboy Dukes hit song, it’s just too Caucasian… And I think Pantera did ‘Cat Scratch Fever’ too. And again, I love them. Thank you for playing it. Thank you for honoring me by choosing one of my songs. But it doesn’t have the groove that I like, it doesn’t have the pulse and the Motown soulfulness that I created in the song. But again, I love them for doing it, and if they enjoyed it, I love them for enjoying it. But it’s not my cup of tea.”

Nugent’s comments are similar to ones he made in April, where he also addressed the matter of covers and said he’s never heard a cover of his music that he enjoys:

“Unfortunately, I never have. I’ve heard the versions of ‘Cat Scratch Fever’, and I love Pantera and I love Lemmy and I love the Ramones, but God, are they terminally Caucasian or what?”

I hate to be the only one in the room talking sense, but Ted Nugent is about as white as they come, as are the members of Pantera, the Ramones and Motörhead.

Thank god for Lemmy and the boys.

Metal Sucks Greatest Hits
0 -
Converse Rubber Tracks x MetalSucks: Everything All in One Place
0 -
Review: Megadeth’s Super Collider is a Super Catastrophe
0 -
Rigged: Jeff Loomis
0 -
Video: Killswitch Engage’s Adam Dutkiewicz Wins Everything on The Price is Right
0 -
Twelve Reasons Babymetal are the Single Best Thing to Happen to Metal in the Past Decade
0 -
Rigged: Luc Lemay of Gorguts