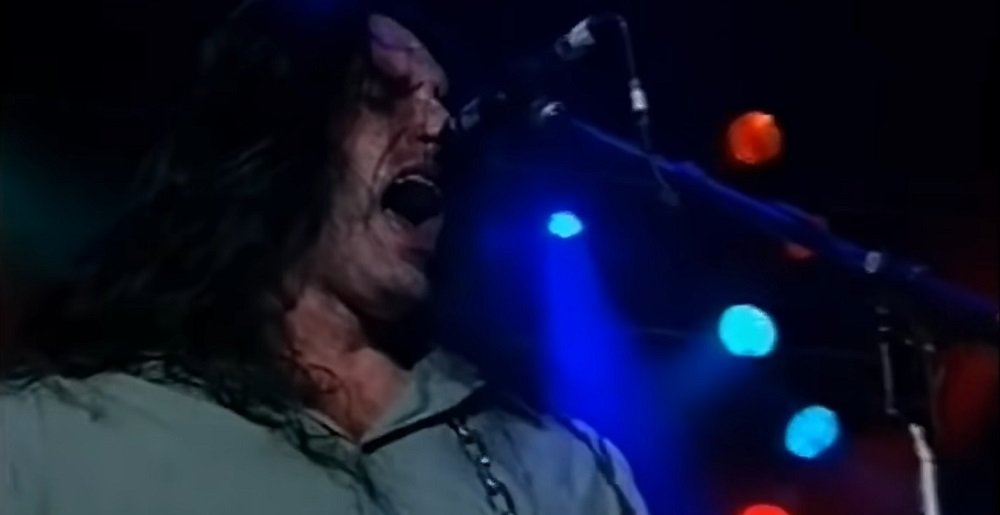 Classic Concert of the Day: Type O Negative at the Bizarre Festival in Cologne, Germany on August 22, 1999

It seems like we’ve had Type O Negative on the brain a lot lately, and honestly that’s not a bad thing at all. If you’ve ever listened to one of their records, you likely know exactly why they’re so beloved by so many people. The brooding atmosphere, the tongue-in-cheek sense of humor, the late Peter Steele’s unique vocal style — there will never be another band like Type O Negative.

Thankfully, we’ve got a new reissue of Dead Again that just came out this past Friday in celebration of the album’s 15th anniversary. Not only that, but we now know why Rasputin’s image in on the cover. Sadly, we also know there won’t be any kind of reunion coming, even though Type O Negative drummer Johnny Kelly thinks Steele “deserves some kind of celebration.”

In lieu of that, why not check out a classic 1999 Type O Negative concert? Not only do you get some killer Type O tunes, but the band also manages to mix in multiple Beatles covers and a killer Black Sabbath cover as well.

So take it easy as we stare down the barrel of yet another work week. Just take in Peter Steele’s dulcet tones and realize that at least for a brief moment in time, the world was weirder, sultrier, and made all the more better with that man in it.

Type O Negative at the Bizarre Festival in Cologne, Germany on August 22, 1999

Cinnamon Girl
In the Flesh
Waste of Life
Back In the USSR
Too Late Frozen
Kill You tonight
In Praise of Bacchus
Kill All the White People
Aqualung
Wolf Moon
Everything Dies
My Girlfriends Girlfriend
Day Tripper
Are You Afraid?
Gravity
Black Sabbath
Christian Woman
Love You Too Death
Black No. 1

The odds of it happening are low, but not impossible.

This version of Anthrax kicks so much ass, you just have to watch this video.